Home
Entertainment
How Greyson Chance is Building Himself Back Up 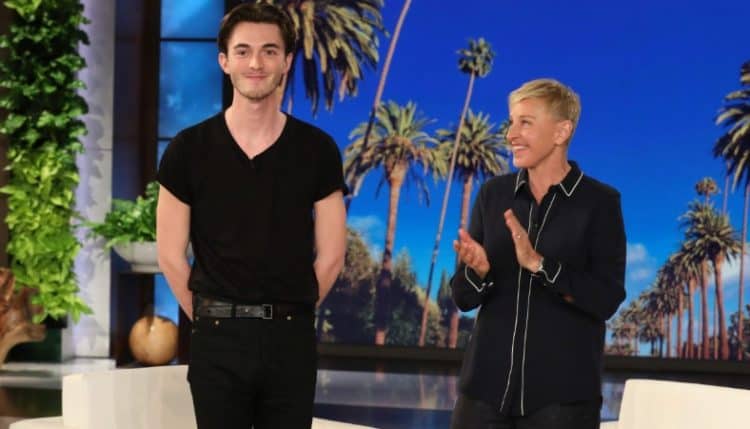 If you don’t know who Greyson Chance is then you might not have caught his video that went viral back when he was 12 years old. That being said he flirted with the music industry for a while and was even good friends with Ariana Grande back in the day as reported by Bobby Box at Billboard. While that lasted for a while it kind of went downhill by the time he was 18. As Stephen Daw, also of Billboard, describes it, Greyson was simply feeling burned out and it was evident that he didn’t want his sexuality being a part of the music business, at least not in the same manner that some were trying to push for. Greyson was a bit disgusted when it was implied that he should use his decision to come out as gay to push a single and therefore announce his sexuality while trying to bolster his reputation. Quite honestly you can’t blame him since those that have done this in the past have been lambasted and even ridiculed for trying to use such an announcement to their financial benefit. Of course let’s not go all in and state that he’s the first person to do this and hasn’t used this to his advantage at all since he did manage to go on Ellen and he has been utilizing this newfound strength to make his fame in a way that is also shown to be increasing his self-esteem and self image.

You could say he still needed a little help to actually come out as Curtis M. Wong from Huffpost has, along with others, reported that it was a fan that helped him to finally come out by saying a few words of encouragement. Apparently the fan didn’t know that Greyson was homosexual but was so inspired by his music that they were extremely grateful and just had to share. At that point Greyson knew that he had to finally be who he was meant to be and tell the world about it. This kind of decision is still something that’s life-altering and tends to come with a very varied response from many people as the idea of homophobia isn’t dead in the least bit, but people have become more tolerant and more accepting throughout certain parts of the world. Back in the day his choice to come out would have likely been a massive issue and in some cases would have led to little more than ridicule. But thanks to that one fan Greyson has managed to make a comeback to music and has decided that this is where he wants to be and where he wants to stay.

In terms of redeeming himself and building himself back up it doesn’t seem as though there was much to redeem since he felt burned out by the business, he didn’t get caught up in drugs and alcohol as others have done in the past. He didn’t involve himself in crime or exhibit any really troubling behavior. In truth, he didn’t even take that big of a break from music, though he did attend college for a while in Tulsa and eventually dropped out to get back into the swing of things in the music industry. So redemption seems like an odd word to use for this young man, but building himself up is something that’s easy to see and talk about. For a good part of his life he realized he was gay and was unsure of how to go about saying anything. There is still, unfortunately, a stigma that comes with young men and women that come to find out that they’re homosexual. They don’t know how to tell anyone, they fear rejection, and in many ways it becomes a secret that begins to eat them up from the inside.

What’s amusing, in a pleasing way, is that his family already seemed to know this way ahead of his decision to finally come out on Instagram, and by the time he admitted the truth they were there to support and believe in him as they’d been doing since he was still very young. This is one of the happier stories that has been told about a young man deciding to ‘come out’ to those around him, as Greyson has been heavily supported by his family and friends in a very big way. So building himself up at this moment isn’t too hard since he has a lot of help and there are many that will gladly be there for him whenever he needs someone. That makes his story a rather uplifting one that makes his whole ability to come out and say who he is seem like less of a triumph and more of a realization of who he is and what he’s all about. There’s nothing to be taken away from him, but the grandiose manner of the act seems far more personal than public.