Home
Grimm
Grimm Sneak Peeks: The Battle Has Yet to Begin 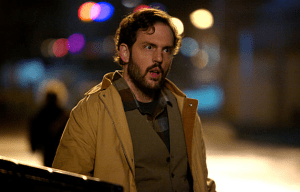 With theÂ season premiere of Grimm looming in the distance, it’s about time to get a quick refresherÂ of the major points of the firstÂ season and a preview of what’s to come for each of the main characters. NBC has already released aÂ seven-minute recap ofÂ season one and hinted at the impending danger that Detective Nick Burkhardt will be facing thisÂ season, but now we get to hear itÂ straight from the actors and creators of theÂ show.

The videos below (and on the next page)Â serve as a good reminder of the carnage that the Grimm team has already had to endure and the fire that they’ll be walking into inÂ season two. Major character points/histories are highlighted (for those who might need the context for the premiere), with brief mentions of the next logicalÂ step in their arc also included. The interview with creators Jim Kouf and David Greenwalt is more extensive in both aspects – you get to hear about theÂ show coming together, what they’ve learned through 22 episodes, and their favorite episodes thus far, but they tease a return from a past guestÂ star and other potential moments fromÂ season two that willÂ surely have people talking.

TheÂ secondÂ season of Grimm debutsÂ tonight at 10:00 on NBC. To get your fill of Grimm goodies before the premiere, you can check out the Grimm tag here, which includesÂ spoilers, a look at the creative team behind theÂ show, and multiple clipsÂ from the episode.

Will you be watching theÂ season premiere of Grimm tonight? What expectations do you have for theÂ secondÂ season? Are you glad to have theÂ show back early or do you think it might be too early?