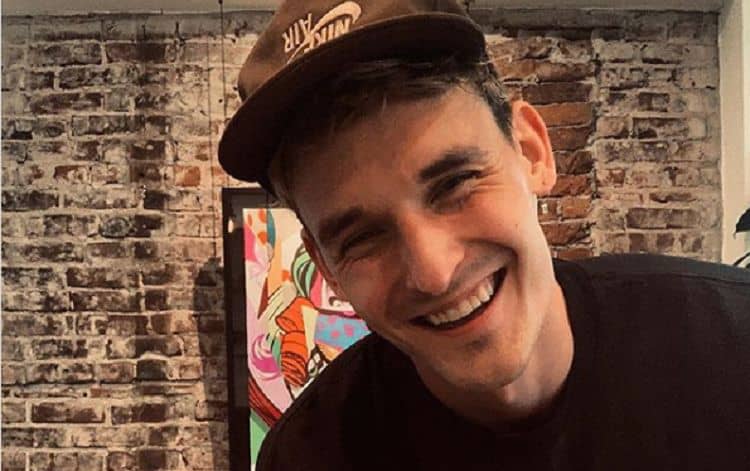 Getting into a DJ isn’t a hard thing to do if you’re big on the club scene or you happen to like a certain DJ or are into the life. GRiZ is one of the more prominent DJ’s around the country since his music has been getting noticed now for a while and his reputation has been doing little more than growing since he started. It’s an art without any doubt about it, as being a DJ is more than just spinning records, it’s finding the right beat, the right hook, and keeping your audience interested the entire time without making them wait for the next sound that’s going to come out of your turntable. Plus, if you’ve ever listened to a good DJ get down and spin that record then you know that they can work a crowd and get them moving without much effort and keep them that way with even less.

Here are a few things about GRiZ you might not have known.

10. He started making his own music in college.

Obviously he didn’t want to waste any time trying to figure out how he was going to make it work once he got out of school. He went straight to a turntable and started cranking out what he believed would be his ticket upward and onward, and so far it seem that his strategy was sound enough that it allowed him to become the sensation he wanted to be.

He’s still a fairly young man and if he wants them he has a lot of years ahead of him in which he can possibly become even bigger with his talent. If you’ve ever taken note of a DJ you might note that some are pretty young but others are in their 30s, 40s, and in some cases even older. This is the kind of profession that you can keep going with so long as you can spin.

8. He came out as gay during his college years.

Even in this day and age this is still difficult depending on the situation, the location, and many other variables. When people do come out however it’s important to be supportive and not judgmental. It does sound as though he came out and was accepted without too much drama if any, which is nice to hear.

7. So far in his career he’s released several albums.

GRiZ hasn’t been idle in what he’s doing as he’s been pumping out singles and entire albums now for a while and he’s been noticed by a good number of people, fans and other artists alike that have helped to elevate him to where he’s at now. That’s got to feel good when people start listening and want to support someone they believe in.

6. At this time it seems that his net worth is under review.

It’s been stated that his net worth is between $100k and $1 million, but so far it almost sounds as though that number is trying to be decided upon and hasn’t hit a definite number yet. Being a DJ doesn’t sound like it would be a job that would make someone worth more than a million, but that seems to depend heavily on who’s attention he ends up getting.

5. He started out playing the saxophone in elementary school.

Music was a part of his life from an early age it sounds like and quite honestly sounds like something that more kids need these days as it can help them in a variety of ways, not the least of which is to get them interested and motivated in a career that might have something to do with music or something associated with it.

On top of being a popular DJ he’s also turned out to be a decent human being that likes to help others out when they’re in a tough spot. This is rather nice to see from just about any celebrity, no matter their status.

3. He’s pretty active on social media as you might expect.

As you can imagine it’s a smart thing for him to be on social media since this is a big part of how people get noticed these days and it’s a big up for his reputation if he’s seen on social media so that people can follow him and get into what he’s doing.

2. GRiZ has done a lot to help other artists.

Some artists are in it for their own profit and while he’s not much different in that regard he’s still helped the careers of a few other artists as well along the way as he seems to be the kind of guy that likes to see people succeed.

1. He seems to have a lot of tour dates.

GRiZ appears to be pretty busy a lot of the time with tour dates as he keeps a pretty regular schedule.

He might be worth looking up just to listen to.