Home
Movies
Guardians of the Galaxy Vol. 3 to be Released in 2020 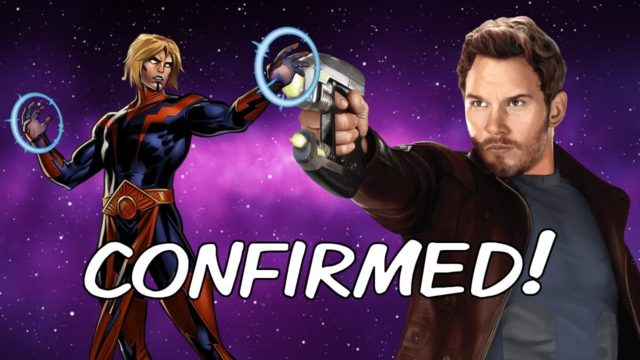 If you are a fan of the Guardians of the Galaxy franchise, then you will be happy to know that the third installment of the franchise, Guardians of the Galaxy: Vol. 3, has been slated to be released in 2020. I know, that seems like a long time to wait for another dose of action overload in parallel worlds. So, for all of you who have been speculating as to when you would get your next fix, you are a little bit closer to the answer. James Gunn, himself, let the cat out of the bag when the director of the series submitted to a Q&A on Twitter.

As you can imagine, it did not take long for the movie’s fans to ask when the next installment was due out, and Gunn did not disappoint. Without hesitation, Gunn fired back with a confirmation that the next installment would be released in 2020. While 2020 seems like such a long time, it is important to understand that the production for this type of movie is extensive, and you also have to consider the schedules of all of the actors have to mesh. There is a lot that goes into this type of film production, but if there is someone who can pull it off, his name is James Gunn.

As far as the actual release date goes, Marvel Studios president Kevin Feige and his advisors have been mulling over several dates in 2020 for the release. So far, May 1st, August 7th, and November 1st are at the top of the list and it is anyone’s guess which of the dates the movie will be released on, or at least that is what they are leading most people to believe. The manner in which Gunn is speaking gives the impression that things are a bit more set in stone that what Marvel Studios is currently willing to admit.

According to sources closest to those making the decisions, all of the aforementioned dates have significance at Marvel Studios. While it is not certain which of the dates will be slated for the release of Guardians of the Galaxy: Vo. 3, it is clear that all of the dates will be release dates for Marvel movies, it is simply a question of which movies will get those slots.

There are a number of rumors floating around, including the idea of releasing a solo Black Widow project in 2020. The movie would function as an extension of the Dr. Strange movie that was released in 2016. For those Chris Hemsworth fans out there, he has hinted at the fact that he has been in discussions with the director, Taika Waititi, about releases a fourth installment of the Thor saga. That should definitely make my 16-year-old extremely happy. She has a massive crush on Chris Hemsworth.

While there are still some things to be worked out as far as the other Marvel films that will make the 2020 cut, it is certain that the third installment of Guardians of the Galaxy will be among them.