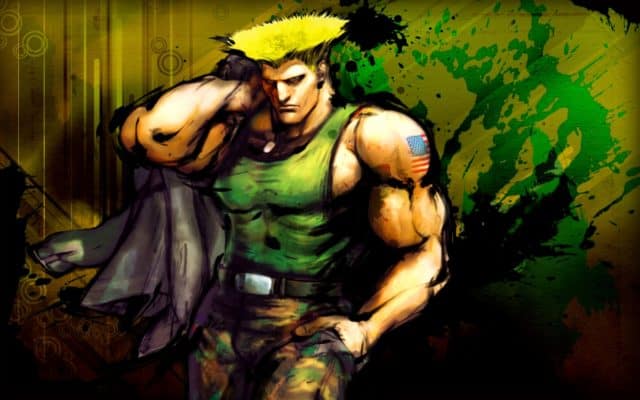 First of all this video could have had a little more to do Guile. True, it’s his theme and his background. They even have Jean Claude Van Damme from the Street Fighter movie as an intro the video. But if you’re going to make a video about Guile’s theme, then why not show Guile in action? His new metal theme could only be improved by watching him kicking the living crap out of the other players. Instead we get this video of the guitarist and M. Bison sitting there like he’s doing micro squats the entire time.

The music is way cool to be honest and it would give the game a new edge that could spice things up a bit, but visuals are a little lacking in what could have been a really impressive video. The upgraded music is always cool to hear and the effect it could have on the game is something that is undeniable when you hear it. But the fact is they made a video that was kind of lame really, almost like the ones that people used to make in department stores back in the day with the performer standing in the foreground while in the background something potentially cool was happening.

Why am I being critical? When you hear something, anything, about Street Fighter or anything like it you tend to want to see some action since that’s what the game is based around. Watching Bison simply stand there as though waiting for a punch is a little underwhelming and more to the point it’s kind of boring. I get the fact that it’s all about the music at this point, but if the creator of the video had taken a few dozen screenshots or some actual gaming clips and worked them into the music it would have been a lot more visually appealing to the viewer. It’s likely gotten a good number of views either because people genuinely liked it or, like me, thought that they would be seeing Guile in action, but the fact is that it’s kind of misleading.

When you see the character’s name in a title you tend to think that you’re going to get to see the character in some type of action or at least as the focal point of the video. This had none of that and despite that fact was still just okay. The bad blood between Guile and Bison has for some time been known to the fans of Street Fighter mostly because they are opposing forces that are out to destroy one another. But by creating a title about Guile’s theme you tend to get people thinking that you’re about to see the character onscreen kicking butt like always.

The theme is quite good and could, as I’ve said, be used to increase the popularity of the game if it was ever picked up. But the idea of making a video having to do anything with Guile should actually SHOW Guile, not just mention him.