Home
Entertainment
“That Guy” Actor of the Day: Stephen Root 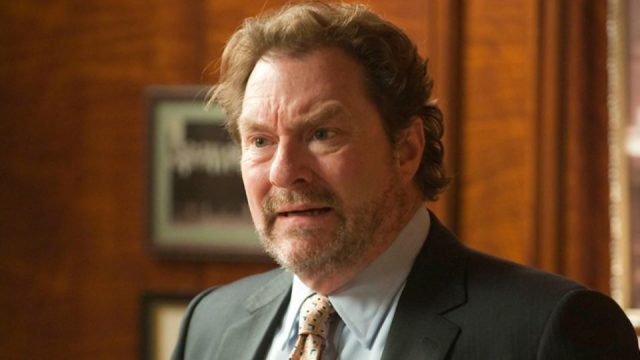 A cult classic was on TV the other day that I never turn off when it’s on.Â  That classic is Office Space which is one of Mike Judge’s best projects.Â  It’s one of the ultimate “work” movies you’ll ever see. Â  Can you believe that came out in 1999? A character from that movie that people happen to love is Milton.Â  What’s interesting about Milton is not necessarily his character but who plays him.Â  It’s none other than Stephen Root who happens to be our “That Guy” actor of the day.

The depths of Stephen Root go miles and miles when it comes to what he’s been in.Â  My personal favorite is his appearance on Seinfeld as a bank manager.Â  In the episode where Kramer wants $100 because the bank tellers didn’t greet him with a hello, Root is the guy that says, “how does 20 bucks sound?”Â  But when you think of Root at a deeper level this guy’s been in just about everything.

He’s got 215 credits to his name in IMDB.Â  From voiceover work on King of the Hill to having consistent roles on TV, to bit parts in movies you will always recognize the face of Stephen Root.Â  He’s a true journeyman whose face (and voice) are always in the back of your mind when you see him.Â  It’s just that his name is always tough to come by.Â  Now when you see him you’ll know:Â  Stephen Root.

Here’s his appearance on Seinfeld I was talking about.