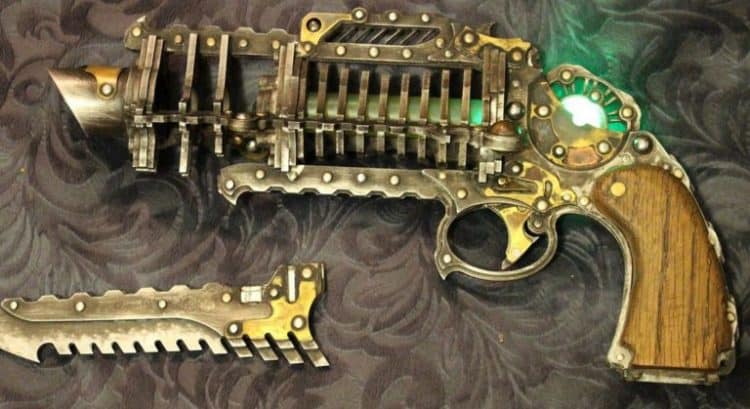 It’s been a while since we’ve posted anything Steampunk on the site.  But this project is worth the wait.  An artist on Deviantart decided to build a Skeletal Trench Gun but for all you Steampunk people out there, you can call it a Steampunk Raygun.  It’s one of the finer pieces we’ve seen.   While it’s not “operational” it looks about as real as you can possibly get.  Turns out that the builder had the parts lying around for nearly a year.  Overall it took him around 60 hours to do.   Pretty impressive.

Here’s something from Aether Anvil

Sat in a box for a year, threw it together for the first Steamposium. Last steampunk piece I had made. Really should make stuff again  No laser used, but I do have a 20+ year old router CNC that I cut with (seriously, old tools, even CNC’s are cheap and such a good investment). Still took over 40 hours to design with another 20+ to rough cut, final shape, and rivet, so wasn’t a small project, but good gosh, still had to use computer aided cutting to do it.  Some of my older projects were done by scroll saw entirely by hand but this one was too complex to sanely do with out cutting help.

There are also pictures of the build below: 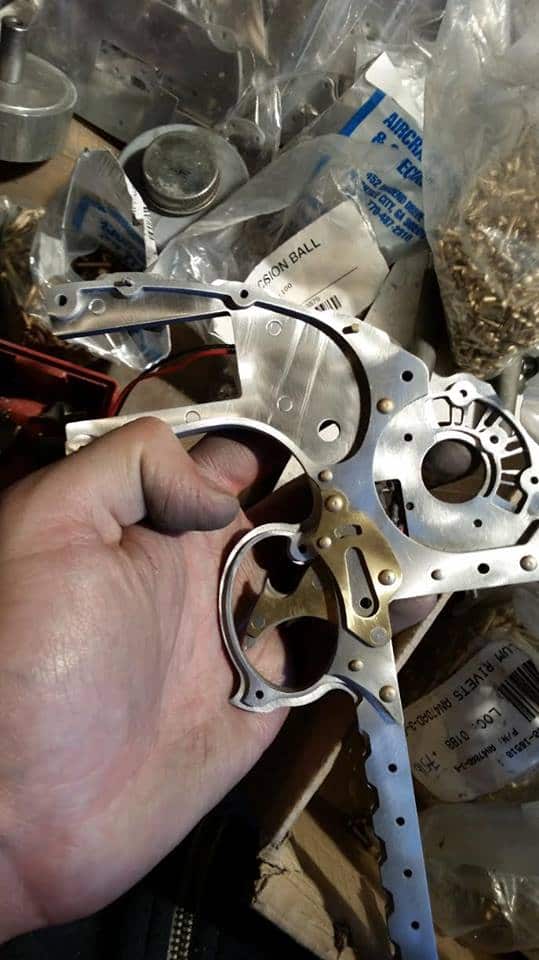 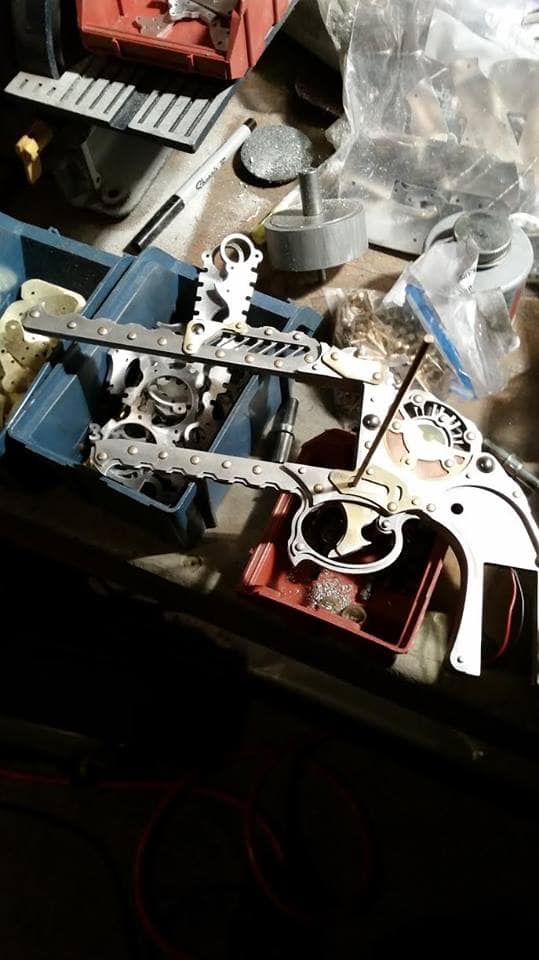 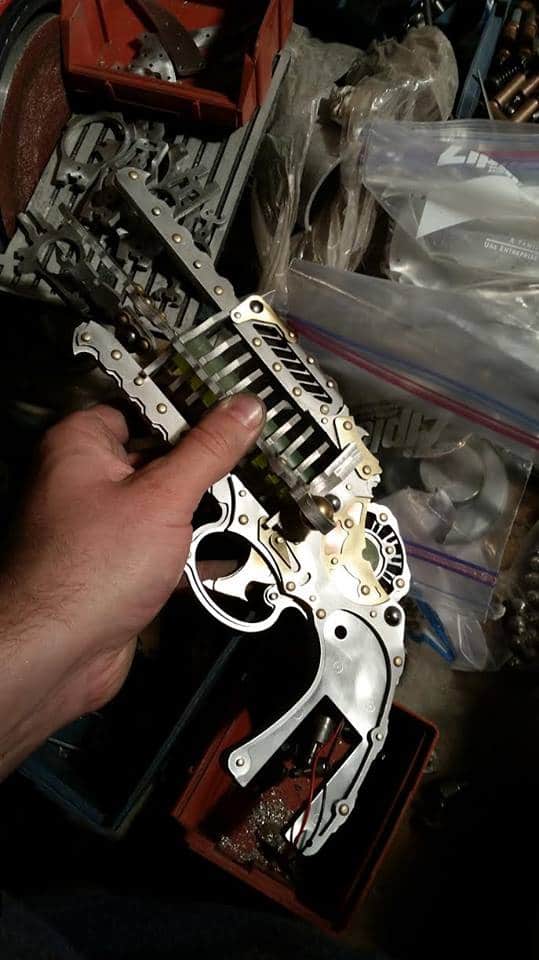 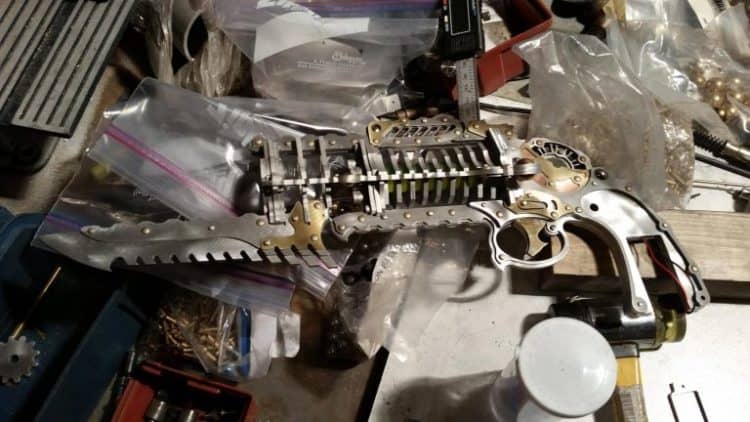 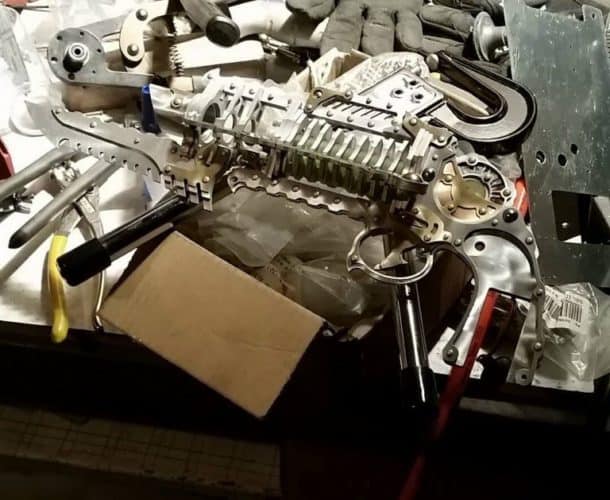