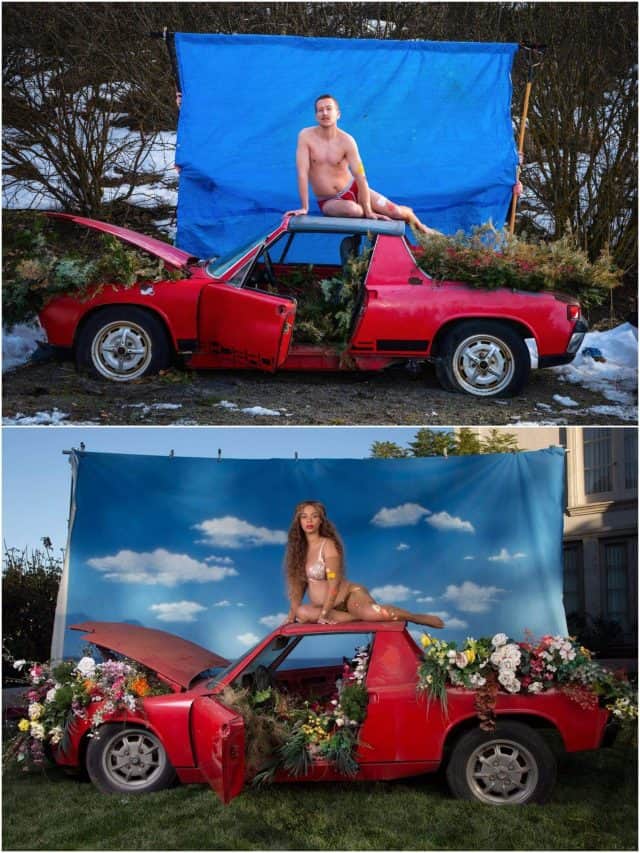 I think it’s safe to say that the hype of Beyonce’s pregnancy is finally dying down a bit.Â  For me personally, this latest picture is going to put it all to rest for me.Â  That is until the twins are actually in this world and non stop coverage will commence yet again.Â  But you have to admit the Beyonce pregnancy hype has been just a tad overboard.Â Â  So much so that even Saturday Night Live brought back Tracy Morgan to play one of the twins inside Beyonce’s womb (along with Kenan Thompson).

But I don’t think anything has been as funny as this.Â  A picture just popped up on photo site Imgur which was then shared on Reddit.Â  The caption reads, “My friend has the same Porsche that Beyonce used for her pregnancy announcement photo shoot. He looks just like her, if she were a he from Idaho.”

I’m fairly certain that if Beyonce herself gets a hold of this picture that she’ll laugh.Â Â Â  Our next step is finding out this guy’s real name and getting this gentlemen an interview.Â Â  Now I can finally relax with the Beyonce twins talk.Â  Thanks guy from Idaho.Â  You finally put this baby to bed.