Home
NBC
Hairspray Will Be NBC’s Next Live Musical 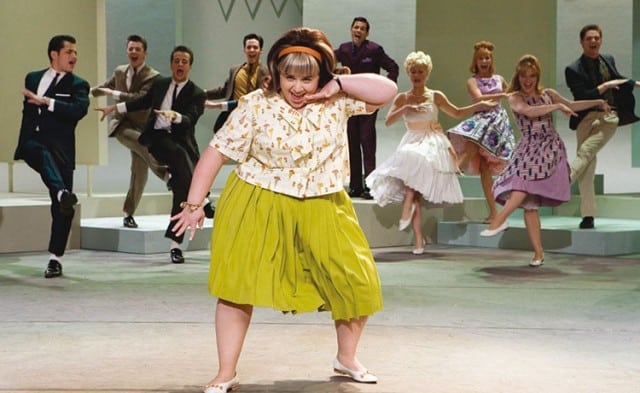 NBC has already given us live versions ofÂ The Sound of Music,Â Peter Pan, and, most recently,Â The WizÂ (which was easily the most critically acclaimed of the three), so what’s the next musical the Peacock plans to deliver? Get ready to hear the bells, because it’s Hairspray.

Although NBC entertainment chair Robert Greenblatt told reporters today that deals still need to be finalized, he statedÂ that the ’60s set musical, which follows the adventures ofÂ “pleasantly plump” teenager Tracy Turnblad and her family and friends, will more than likely be the network’s next live production. Just like NBC’s past three musicals, it will air live on the networkÂ this December.

Furthermore, Craig Zadan and Neil Meron, who were the executive producers behind NBC’sÂ The Sound of Music Live, Peter Pan Live,Â and The Wiz Live, are set to return again for Hairspray. No other details regarding the production were announced.

Based on the 1988 John Waters film of the same name,Â HairsprayÂ debuted as a Broadway musical back in 2002. Five years later, in 2007, a film version, directed by Adam Shankman and starring Nikki Blonsky, John Travolta, Amanda Bynes, and Zac Efron, was released.

Who would you cast in NBC’s live production ofÂ Hairspray? Comment below with your best suggestions.