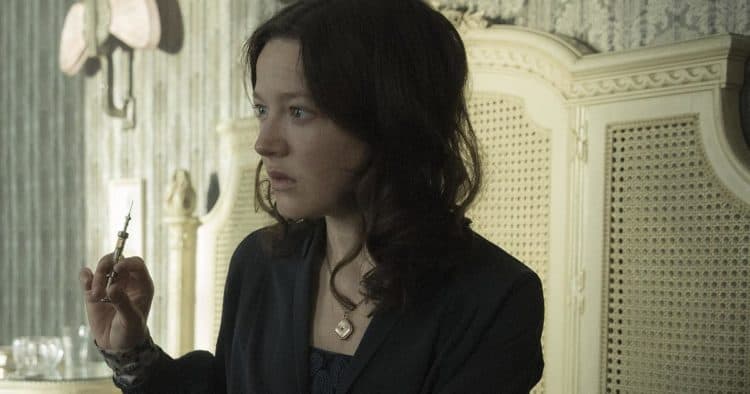 Although it may be a little hard for some of her fans to believe, Hannah Herzpsrung has been acting professionally for more than 20 years. Although she didn’t start acting as a child like some people in the industry, it’s clear that she was born to be a star. Over the course of her career, she has become an international star who is highly respected for her ability to act across genres. Any time you see Hannah’s name attached a project, you can bet that she’s putting on a memorable show. Most viewers will know her best for her role in the TV series Babylon Berlin, and she also has some new projects in the pipeline. Keep reading to learn 10 things you didn’t know about Hannah Herzsprung.

1. She Was Born Into A Creative Family

Even though Hannah didn’t always envision herself becoming an actress, most would agree that her becoming a performer was inevitable. Her father is a successful German actor, Bernd Herzsprung, and her mother is fashion designer, Barbara Engel. Despite her parents’ success and connections, Hannah has always been determined to build a career on her own merit, and that’s exactly what she’s done.

2. You Won’t Find Her On Social Media

Social media is usually the first place people look when they want to learn more about a celebrity. Unfortunately for Hannah’s fans, she isn’t active on social media. We weren’t able to find any verified profiles for her although she does have several fan pages on Instagram.

3. She Has Received Formal Acting Training

Of course, there are some people who are naturally talented when it comes to acting, but taking classes is a great way for people to make the most of their skills. Although she didn’t go to a traditional drama school, she has been taking private acting lessons for more than 20 years.

4. She Has Nearly 60 Acting Credits

Not only has Hannah managed to stay in the industry since the late 90s, but she’s also managed to find consistent work. If you’re even slightly familiar with the entertainment business you know that both of those things are very difficult to do. To date, she has 59 on-screen credits which include the projects she has in the works.

Hannah began studying communication science in Vienna but ultimately chose to leave school early so that she could focus on her acting career. Of course, dropping out of school to pursue an acting career can be a very risky decision, but it’s worked out quite nicely for Hannah.

6. Her Feet Have Lots Of Fans

If you thought Hannah’s acting was what her fans loved about her the most, you might want to think again. Apparently, her feet (yes, you read that correctly) have their own little fan club. According to Wikifeet, Hannah’s feet have an almost 5-star rating and they’ve gotten more than 150 votes.

7. She Loves Playing A Variety Of Roles

There are lots of actors who spend their entire careers playing the same types of characters. While this isn’t a problem for some people, others, like Hannah, like to switch things up. She is thankful that she’s gotten the chance to play all kinds of different roles over the years and she looks forward to continuing down that path.

8. She Is A Meryl Streep Fan

Every actor has at least one other actor who they have always looked up to and admired. For Hannah, Meryl Streep is one of those people. When talking about Streep during an interview with Stage Buddy, Hannah said, “what she does with her characters and how different she is can be amazing.”

9. She Likes To Watch Her Movies In Theaters

Like lots of other actors, Hannah doesn’t really like to watch herself on screen. After all, you can probably imagine how awkward it must feel to see and hear yourself in a larger-than-life format. When she does, however, she likes to do it in a very special way. According to WWD, she likes to go watch her own movies at the theater so she can see people’s genuine reactions

Most actors would agree that they act simply because they love it. In reality, however, the success of an actor’s career is often measured by the number of awards they’ve won. So far, Hannah has taken home quite a few awards. Some of her awards include a German Film Award for Best Performance by an Actress in a Supporting Role and a Jupiter Award for Best German Actress.