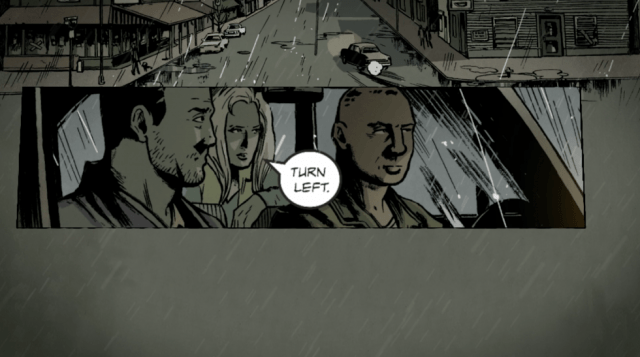 SundanceTV has produced some terrific television series over the years, and it very well may have another great one on its hands withÂ Hap and Leonard, which debuts on the network next Wednesday.Â The upcoming noir series is based onÂ Joe R. Lansdale’s novels and stars James Purefoy (The Following) and Michael Kenneth Williams (Boardwalk Empire) as Hap Collins and Leonard Pine, “two best friends bonded by a life lived knee deep in the Texas mud.” And if that description of Hap and Leonard alone isn’t enough to get you excited for the show, we here at TVOvermind have got an exclusive sneak peek at the series’ graphic novel, which will be released this summer.

The video below shows an animated scene from the graphic novel, which comes from artistÂ Jussi Piironen and SST Publications. In the sequence, Hap and Leonard arrive in Marvel Creek, and you immediately get a sense of what type of situations these two find themselves in and what the dynamic between them is.

Hap and Leonard premieres on Wednesday, March 2, at 10 p.m. on SundanceTV, and as stated above, the show’s graphic novel will be available this summer. Check out the exclusive sneak peek of the graphic novel below, and for more about Hap and Leonard, watch the series’ trailer, or visit SundanceTV’s official site.

Set in the late 1980s, â€œHap and Leonardâ€ is a darkly comic swamp noir story of two best friends, one femme fatale, a crew of washed-up revolutionaries, a pair of murderous psycho-killers, some lost loot and the fuzz. Based on the novels by Joe R. Lansdale, the six-hour series event follows Hap Collins (James Purefoy), an East Texas white boy with a weakness for Southern women, and Leonard Pine (Michael Kenneth Williams), a gay, black Vietnam vet with a hot temper. When Hapâ€™s seductive ex-wife Trudy (Christina Hendricks) resurfaces with a deal they canâ€™t refuse, a simple get-rich-quick scheme snowballs into bloody mayhem. Chock full of eccentric characters, â€œHap and Leonardâ€ provides a country twist on the classic mystery thriller. 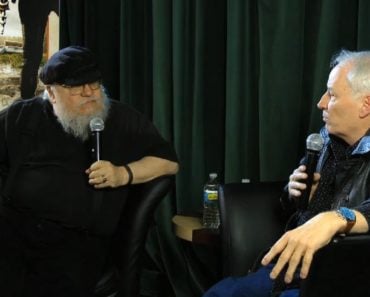