Home
Movies
What Happens When The Flash, Batman, Wonder Woman and Superman Vacation at the Beach? 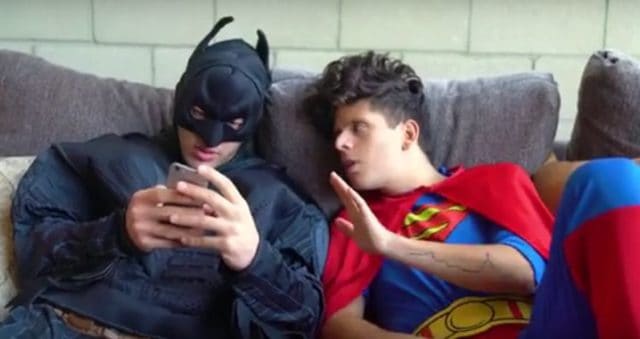 It looks like Monday is for parody videos.Â  I think this might be the third one of the day but I’m not going to stop if I think these are worth showing.Â  And this one’s definitely worth showing.Â  Youtube star Rudy Mancuso has come up with a new Superhero video that I had to share with you.Â  Since yesterday it’s already gotten over 1 million views.Â  I suppose that helps when you’re at nearly 2 million subscribers like Mancuso is.Â  Still though, the video is definitely worth seeing.

This is Mancuso’s take on what happens when you bring together some members of the Justice League to go on vacation at the beach.Â  In particular it involves The Flash,Â  Batman, Wonder Woman, and Superman.Â  P.S. Why is the flash always the annoying one in most parodies we see featuring members of the Justice League?Â  Also, we’re getting an appearance made by Robin.

A couple of things before we start this video.Â  First off I’m a big fan of Wonder Woman here.Â  She’s not Gal Gadot but she’s wearing the old school uniform which goes a long way.Â  Second of all, best line of this video?Â  “Wanna do some push ups?Â  Yeah let’s do some push ups.”