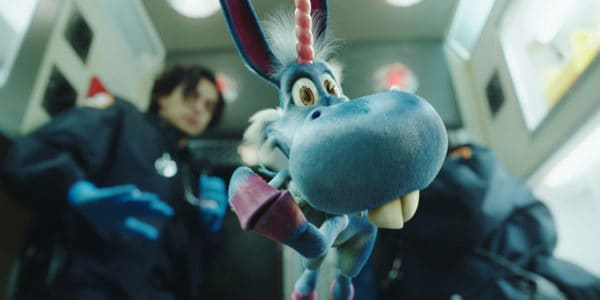 Last Saturday, I read the entirety of Grant Morrison’s four-issue comic book,Â Happy! I could say it was in preparation for the premier of the SyFy seres, but nothing could prepare me for the insanity that unfolded on network television last night – and I mean that in the best way possible.

In my interview with Joe Reitman, the actor behind the show’s “Very Bad Santa,” he told me that Happy!Â is unlike anything on TV, that it was something of a surreal trip and didn’t pull any punches. He was right,Â Happy!Â is completely nuts, and the first episode was an explosive way to start what may very well be TV’s next big cult hit. 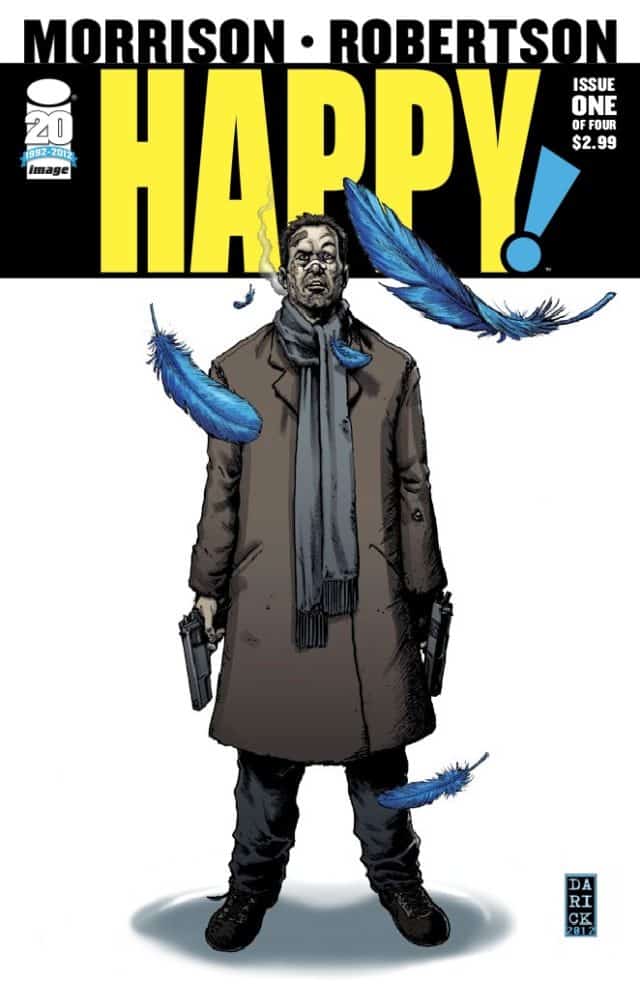 Reading the comic did prepare me for one thing, it kept the story beats and visuals relatively fresh in my mind, which helped to analyze the show as an adaptation. And in that regard, SyFy’sÂ Happy! does an excellent job. As of the first episode, there’s very few major changes from the comics, one of the main differences being that we are given new context and backgrounds to the events and characters.

Instead of starting in the middle of Nick Sax’s hit job on theÂ Scaramucci brothers, the clock is turned back a bit. We get to learn exactly the kind of person Nick is, a degenerate drunk hitman wish little consideration for anyone else’s well being. TheÂ Scaramuccis themselves are given a bit more screen time before their eventual deaths, portraying to the audience exactly the kind of s***head mobster royalty they are. 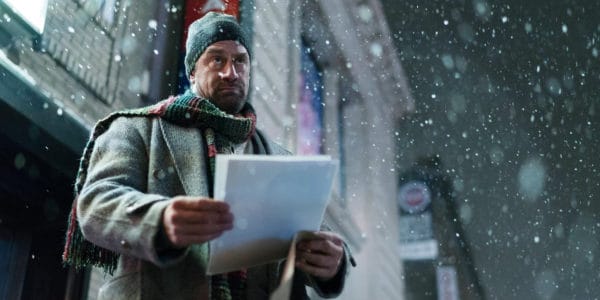 The most important backstory that has been added is Hailey’s introduction. Hailey is first seen with her mother in a Taxi, showb talking to her imaginary friend, Happy. They arrive at their destination, some bizarre stage show of an even stranger kids’ show. In the dense crowd of obsessed kids and their parents, Hailey can’t see a thing. She wanders off, looking for a better view, running into Reitman’s dirty, creepy Santa Clause.

In the comic, we are simply told Hailey has been kidnapped, but in the show, we see it happen, and we see the impact is has on her mother.Â Moments like this were perhaps added to stretch out the four-issue comic series into an hour of television, but it doesn’t feel forced. These bits of backstory and context actually make the characters and stakes much more real and present, necessary changes in the adaptation process.

There is, however,Â one major change from the comics, one thatÂ definitely works in the show’s favor, the tone.

Happy! is geared as a dark comedy, comedy being the key word there. Chris Meloni’s Nick Sax is played like a satire of the dark, gritty, degenerate, “seen-too-much” cop archetype, where in the comic it’s played much more straight. While there was comedy from the contrast of a cartoon horse interacting with a hitman, it’s much more magnified in the series, acting as the main source of humor. There’s also laughs to be found in the action. 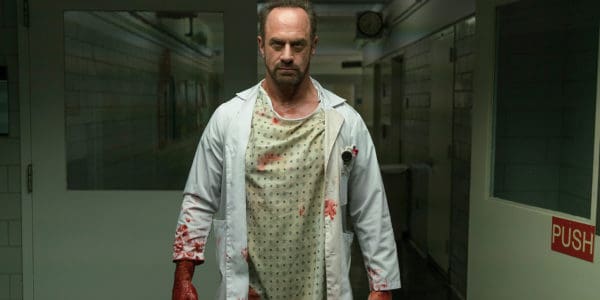 The overly-violent, surreal, and downright awesome action sequences are the highlight of the first episode, especially the hospital scenes. There’s not enough words to describe just how insane these scenes are – there’s literally a part where Nick cuts open his wrist so he can use his own blood to blind someone. Add in the element of a talking cartoon horse, and everything is completely bonkers in the best way possible.

Throughout the first episode, Happy is trying to get Nick to save Hailey, pestering in hopes of receiving his help. When that doesn’t work, Happy reveals that Hailey is Nick’s daughter in the last minutes of the episode. This revelation is introduced a bit later in the comics, but make sense at this point in the series, since it gives Nick a reason to pay attention to this imaginary horse he’s been vaguely ignoring, gives us a reason to keep watching.

As far as this first episode goes, every adaptation choice is smartly made, there doesn’t seem to be any unnecessary fluff or stretched-out scenes – save for one of the moments with antagonist Mr. Blue – and the new context given helps deepen the story and characters. And these choices pay off, I found myself caring more about the characters than I did in the comics.

There are a few slow parts in the premier, the aforementioned Mr. Blue scene and pretty much any detective moments with Meredith bring everything to a grinding halt. But, even these feel necessary, and are clearly setting up bigger moments to come. On a similar note, Meredith and Mr. Blue are, thus far, the least interesting characters – contrastively, the show does an amazing job of piquing interest in the deranged Santa character with nothing but a few short moments – but I can’t imagine they will remain boring for long, and I’m excited to see where things go.

If the first episode is any indication of what’s to come, thenÂ Happy! is going to be one insane, incredibly entertaining ride.

Check out review of the new, beyond insane Syfy series Happy!