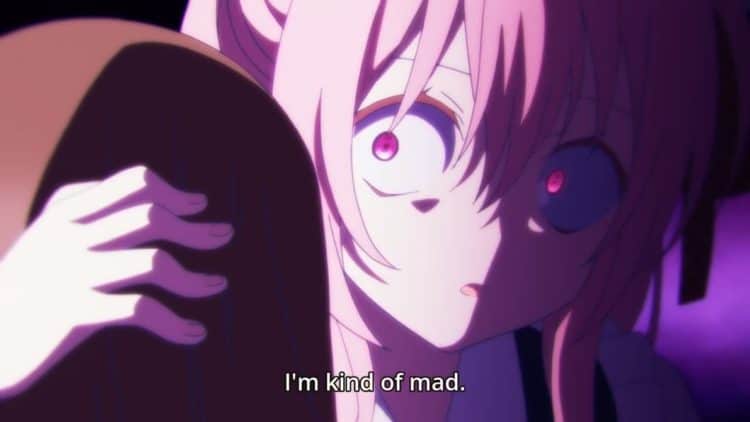 Happy Sugar Life is a psychological horror anime television series that has become popular with fans of the genre. It premiered on May 22, 2015, in its original run on JNN, MBS, TB, BS-TBS and AT-X networks. It was brought back on July 14, 2018, and ran through September 29 of 2018 with 12 episodes. If you haven’t been following the show, and you’re into anime, you’ll need strong nerves to watch this one at night, and this is not news, but here are 10 things you didn’t know about Happy Sugar Life.

1. The Manga is available for purchase

If you don’t want to wait for the next episodes to come out, you can check out the Manga, which has been released in print. It was made available on May 22 of 2015 in increments with periodic releases that were made through June 22 of 2018 for a total of 8 volumes. Yen Press has obtained a license for the manga and they are cataloged with ISBN numbers that make it official and easier to find them.

2. Fans pay it a left-handed compliment

This is a show that is addictive for some, and repulsive for others. Several fans have written reviews and they suggest that it’s a show that attracts people who have issues, and they love it. While it pays the anime a compliment, on one hand, they often describe it in negative terms and warn people who are ‘normal’ to stay away from it.

3. It poses a serious question about love

The overarching question that Happy Sugar Life asks is if keeping the feeling of love justifies criminal activity. In the mind of the main character, it does. There is nothing that she won’t do to accomplish this but is it really for the sake of love or just to keep the feeling?

4. The title of the show is misleading

Happy Sugar Life may sound like a happy go lucky title, but the content reveals a sinister tale that is just the opposite. There is nothing sweet or happy about the plot of the series. It’s actually quite disturbing and at times, hard to take. If you like shows that have a high rating for shock value then this may be one that you want to check out.

While it’s true that Sato Matsukaza commits some horrific crimes, she has a sense of propriety that is undeniable. She holds down a job to support herself and Shio. In the final episode of the season, she shows her true feelings for Shio by protecting her from harm as the two are forced to jump from a burning apartment. As she dies, she tells Shio how much she loves her and hopes to be with her again after she is reborn.

6. You come to understand the sickness of the main character

This is a phenomenon that occurs when you become acquainted with a villainous character through and through. Even though they commit some of the most gut-wrenching atrocities, skillful writers include just enough information and insight into the character to draw the viewer in and make them feel some type of emotion for the character. They help you to see aspects of the personality that gives you a perspective that you wouldn’t ordinarily have for a person you didn’t know much about who did the same things. There is no doubt that it’s well-written and comparable to the series “Dexter” in many ways. Is it ever okay to do the unthinkable to achieve a noble goal?

7. It teaches us that looks can be deceiving

Sato comes across as a kind and hardworking girl which is little more than a facade. We also learn that her handsome and seemingly friendly high school teacher is really a closet pervert. The show does have some educational value in teaching us all that you never know what evil a person is capable of doing in their personal lives. Sometimes the nicest people do the most horrible things and we see this played out over and over again in Happy Sugar Life.

8. Happy Sugar Life shows how pain can warp a person

Sato’s parents died when she was young and she was taken in by a relative. As the series progresses, we discover that the seemingly nice auntie was actually insane and indulged in sick and masochistic forms of pleasuring herself. Her perspective on love is twisted and deformed and viewers begin to realize that this is likely the reason that Sato developed such an unhealthy view of it herself.

9. Blackmail and coercion are big themes in the show

In addition to murder, rape, and total insanity, Sato is very good at learning horrible secrets about people and using them to get her way. She gets the goods on her pervert teacher and threatens to tell all lif he doesn’t help her get rid of evidence of her crimes. He’s obliged to comply. Sato is brilliant in a twisted sort of way.

10. The series comes full circle at the death of Sato

After Sato dies protecting Shio, there is a shocking sort of resolution. Shio, although kidnapped by Sato and kept in the apartment has developed the strong kind of attachment that is common for victims of kidnapping. She is in love with her captor. It’s one final sickness revealed that tugs at the heartstrings as she says, “This is my happy sugar life,” and keeps Sato’s memory and love for her inside.