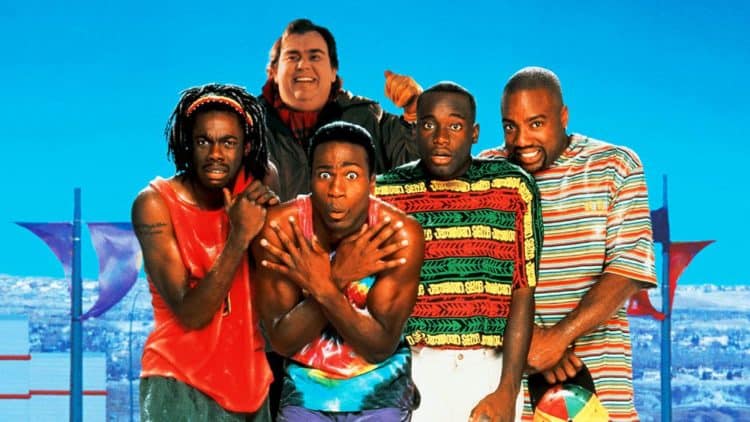 With some people that are involved in film you tend to think of their roles as set and not liable to change all that often. In terms of composers you might think that they find one type of movie genre they like and can stick to. That’s just not the case in the current day and age really as diversity is the name of the game at times and can create a much more versatile feeling as well as up the compatibility between the composer and a wide variety of films. Hans Zimmer is the type of composer you might feel is more comfortable doing serious, more realistic films, but in truth the man is a living rock star. He is at ease doing most anything when it comes to music, and his wide variety of film credits proves it.

Here are just a few movies that you might not realize he’s been a major part of in the past.

Let’s try to forget that it had a horrible showing at the box office and focus on the score. It wasn’t bad at all an in fact it’s probably one of the best aspects of the movie. The reason this seems so unlike Zimmer though is that it wasn’t quite as serious or as haunting as some of the other scores he’s done for other movies. If not for the horrible acting and the half-baked premise his work in this film would have gained a lot more notice.

This film kind of came from out of nowhere and a lot of people still to this day couldn’t really tell you what it was really about. They might be able to tell you that Johnny Depp played the part of Rango and that it was about the antics of a lost chameleon in the desert, but that’s about it. Otherwise the score was kind of lost in the forced hilarity of the movie.

Stuff like this seems just a little bouncy and upbeat for what Zimmer usually does. He seems more like the type of composer that is comfortable doing The Dark Knight and other more serious, less comical themes that convey a sense of urgency rather a sense of comedic relief. But let’s be honest, no matter what he does usually turns out as a hit.

Half of the people you ask might actually remember this film coming out, while others might ask you if it’s a new cartoon on Netflix or something like it. The film wasn’t really that popular and to be quite honest Zimmer’s contribution kind of gets lost. Sometimes it’s best to let people guess about your involvement in certain projects.

Despite not sticking solely to the actual source material of the real life story Cool Runnings was a decent movie. It’s kind of hard to believe that Zimmer did the score largely because it doesn’t seem like his type of film or project. Given that he did it so wonderfully though you have to think that the guy is simply that on top of his game that he can switch from one genre to another.

Hans Zimmer is a musical genius, there, I said it. And I stand by it.