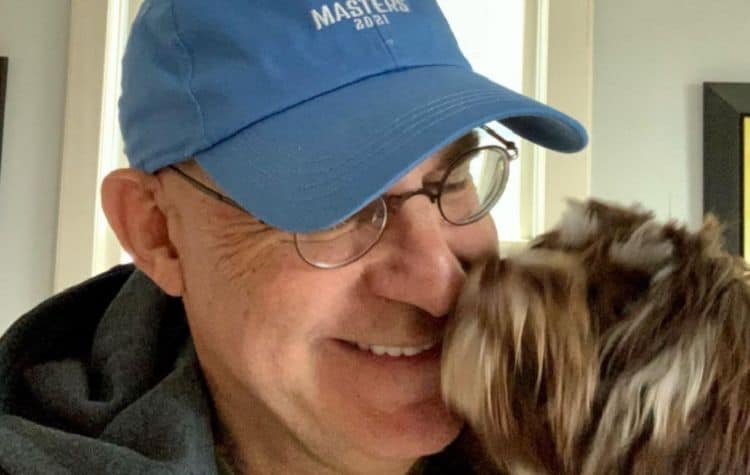 Harlan Coben was already quite famous when he was approached by Netflix and asked to collaborate, but now he’s going to see fame unlike anything he’s experienced thus far in his career. The famed author has written some of the most riveting books in the thriller and mystery genre, and now he’s taking his talents straight to television. Netflix, as many already know, is changing the way people watch television, the way television is made, and the way things go in Hollywood, and everyone is hoping that they get to be a part of the biggest change in television history. Harlan Coben is part of it, and now his fans want to know as much about him as possible.

1. He is from New Jersey

Coben was born and raised in New Jersey. He was born on January 4, 1962, in Newark. While he did not grow up in Newark throughout his entire childhood, he did not leave the Jersey area. He was raised in Livingston. His family is Jewish, though we do not know if Coben still practices.

2. He Has a Famous Friend

Growing up in Livingston, New Jersey, Coben had a very active childhood. Like every other kid in the world, his childhood included hanging out with his friends and having fun. One such friend he grew up with is a famous politician who often discusses his desire to continue to see his political career grow. His name is Chris Christie.

3. He Made Another Famous Friend in College

After graduating from high school, Coben made the decision to go to college. He enrolled in classes at Amherst College. He studied political science. At the time, he made the decision to go the route of joining a fraternity. He joined the Psi Upsilon frat, and that is where he became friends with another famous friend. He and author Dan Brown got to know one another well while they were frat brothers in college.

Harlan Coben is a married man. He and his wife reside in New Jersey. Her name is Anne, and she’s a pediatrician in the area. Together, they have four kids of their own, and they prefer to keep their private lives as private as possible. The spotlight is not where they want to be.

5. He Signed a Huge Contract

When he was approached by Netflix, he was asked to ink a deal that would allow the network to use 14 of his books to make a series and/or films. He signed the contract, and it put an impressive multi-million-dollar deal in his hands. It’s unknown just how many millions that deal is worth, but we estimate it’s a lot of millions.

6. He is Not Intimidating

The common misconception with Harlan Coben is that he is an intimidating man. After all, he writes some of the darkest and most insane thrillers in the world, and then you meet him and he stands six feet, four inches tall, and people think he might be a little terrifying. His daughter, Charlotte, however, says he is just a big kid who likes to lay on the ground and play with the dogs by asking them who is the cutest puppy in the world.

7. He and His Wife Met in College

Their love story is such a cute on. They were both playing basketball in college. They were both the starting power forwards on their own teams. He calls his wife better at the sport than he is, and that is just where things changed for them. They were married in 1988, and that is when they began their life together.

8. He Was Carpool Dad

When their kids were younger, he did the carpool thing and the drop-off thing. His wife had a daily commute to her office where she treats kids and helps ease the fears of their parents each time they come in with their little loves and their bumps and bruises. Because of that, he was home writing, so he did the driving and the commuting and the delivering of kids wherever they needed to be. It worked well for them.

9. He Doesn’t Enjoy Writing at Home

The most interesting thing about Coben is that he is not a fan of writing at home. He’s working on it, but he finds that he’s not good at it. He would always go to a coffee shop or to the library or somewhere else to write, and he just never felt that good about writing when he was at home. He did not have a schedule in that manner of speaking.

When he was writing that successful novel, it was in the backseat of Ubers. He spent three solid weeks doing his writing taking Ubers all over the place because that is where he was doing his best writing and that is where he felt that he could produce his best work. Hey, creative types – especially writers – are often the strangest and most interesting of all, and we don’t always make sense to others.