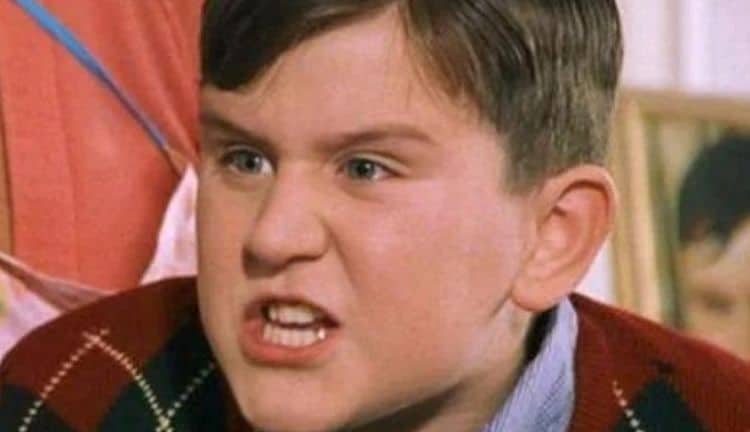 It’s interesting to wonder just how playing the bad guy, or just a spoiled brat, can really affect an actor, especially when they’re younger. Harry Melling is a name that a lot of people might not know right off the bat, but mention the name Dudley Dursley and Harry Potter fans will likely grin and remember back to the moments when Dudley got his just desserts due to his piggish behavior. It’s true, the character was definitely a spoiled brat that grew up to be a spoiled teen and a bully much like any other kid that was never told ‘no’ or reprimanded in a manner that would have changed his attitude. Dudley is the product of over-indulgence and a lack of proper parenting, but he’s also the kind of kid that needed to get knocked to the floor a couple of times to remind him that he wasn’t much more than a bully. But the actor behind the character, Harry, is actually glad to be shut of Dudley and one can hardly blame him since Potter fans, much like any other fanbase, tend to be a bit fanatical at times, and while many of them can separate reality from fantasy, thankfully, many people still tend to remember Harry as the irritating, spoiled fat kid that had no problem taking out his aggression on those that were smaller and weaker than he was.

Harry has actually gone on to star in a few movies since his Harry Potter days, and he’s lost a great deal of weight as well. In fact, he’d already lost a bit of weight during the Harry Potter movies and had to wear a fat suit, which was likely kind of odd for him to say the least. But it did remind him of what he was leaving behind obviously since he’s kept himself in pretty good shape since. If there was ever a character that someone wanted to get away from, Dudley would be one of them since throughout the course of the movies many a fan couldn’t help but think that apart from his family, Dudley was one of the worst offenders when it came to abusing Harry just for the heck of it. Some were able to sit back figure that Dudley really didn’t have any accomplishments in his lie that hadn’t been handed to him, meaning they might have empathized with the spoiled kid a bit, but his attitude on screen kind of soured that thought for a lot of people. One popular theory though has been that since Harry was in effect a Horcrux, and the understanding was that the evil within a Horcrux could alter and affect the moods of those that stuck around it for long enough, that the Dursley’s weren’t entirely to blame.

That theory falls apart a bit since Professor McGonagall makes it clear when the first movie starts that the Dursley’s are actually ‘the worst sort of Muggles’ when speaking to Dumbledore about leaving Harry with the Dursley’s. It’s true that the family might have been peaceful enough with each other, to a degree, but the idea is that they’re not really a happy family since they know each other’s faults and somehow just look past them. But the inclusion of Harry into the family, an unexpected and unwanted burden, and one that was reviled because Petunia admitted her disdain for her sister Lily was bound to affect the trio. But when thinking of how the Horcruxes work, one could at least think that the work it might have been doing from within Harry could have made things even worse since it was almost akin to giving the Dursley’s permission to be the worst individuals they could possibly be. The theory is a bit thin, but it could still be used to explain why Dudley was so openly antagonistic towards Harry, and why the two of them made peace with each other at the end of the story when the Horcrux within Harry had been expelled and destroyed.

One very real drawback of any role though is that it can mark a person for quite a long time and could even make their forward progress as an actor nearly impossible since escaping a role isn’t always that easy. But losing weight, furthering his acting career, and training for a while did manage to help Harry since he’s become a decent actor at this point and is shedding the role of Dudley finally as people are recognizing him for other achievements instead of just being the bratty, spoiled kid that helped to make Harry Potter’s life miserable. That’s not exactly something that a person really wants to go through life with for more than a few years, but it’s bound to happen unless a person sheds that personality and moves forward.