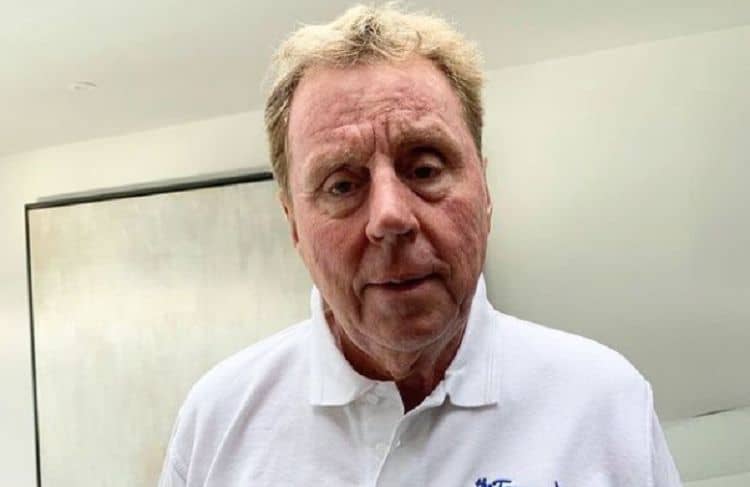 Harry Redknapp has lived the kind of life many people couldn’t even imagine. He’s been a star professional athlete, a sports manager, and a reality TV star. His willingness to take on any challenge has allowed him to success in several areas of life. While he’s probably most well-known among soccer fans, even people who have no interest in the sport have probably heard of him by now. No matter what Harry does, you can rest assured that he’s going to do it to the best of his abilities. Even though he is now in his early 70s he doesn’t have any plans to stop living to the fullest. Keep reading for 10 things you didn’t know about Harry Redknapp.

1. He Was An Arsenal Fan Growing Up

Harry Redknapp has been around soccer for almost his entire life. At this point, he probably doesn’t have a favorite team, but when he was younger is it was Arsenal. Harry played for several teams during his professional career, and also managed several during his time as a manager. Ironically, none of them were Arsenal.

When people hear the name Harry Redknapp, soccer is probably the first thing that comes to mind, however, that isn’t the only thing that’s been important in his life. He is also a very devoted family man who has been married to his wife, Sandra, since 1967. They have two children together. Harry is also a grandfather.

3. He Has A Huge Social Media Following

Harry Redknapp is certainly older than the average social media user, but he’s an active user nonetheless. He has fans from all over the world and they love staying in the loop with that he has going on. He currently has more than 1 million followers on Instagram.

Despite all of the success Harry has had over the years, things haven’t always been easy for him. Harry has had more than his fair share of ups and downs over the years and he has struggled with bouts of depression – especially when he was still playing soccer as he took losses extremely hard.

5. He Almost Died In A Car Accident

We’ve all been told how everything can change in the blink of an eye, and Harry experienced that first hand when he was involved in a tragic car accident in 1990. Although Harry survived the accident, four people were killed. In an interview with The Sun he said, “A car hurtled towards us on the wrong side of the road. I’m told it was going 90 miles per hour. I’m told the smash was so horrific that it was a miracle anyone got out alive. Brian didn’t. Nor did the occupants of the other car, three Italian lads who all died instantly.”

6. He Owns A Property Development Company

Harry is a true business man and as a result, sports aren’t the only venture he’s been focused on. He and his wife are also the owners of a property development company called Pierfront Developments. According to the company’s website, Pierfront Developments is dedicated to “providing solutions that not just meet but exceed current environmental and quality requirements.”

When people talk about the kinds of traits a person needs to be successful, organization is usually at the top of the list. Harry, however, isn’t a very organized person at all. In a separate interview with The Sun, Harry said “I am the most disorganised person, I am ashamed to say, in the world… you talk to anybody at the football club”.

Harry has released two autobiographies over the years. The first, Harry Redknapp: My Autobiography, was published in 1998 and co-written by Derek McGovern. His second book, Always Managing, was released in 2013 and ghost written by a journalist named Martin Samuel.

9. He Loves To Travel

Thanks to the work he’s done over the years, Harry has had the opportunity to travel to different parts of the world. Even outside of work, he enjoys going on vacation with his family. Some of the countries he’s visited include Greece, Australia, and the United States.

Despite retiring from the sports world, Harry is still very active and there are lots of ways for his fans to keep up with him. One of them includes a podcast he hosts called The Harry Redknapp Show. According to a description of the show, “In each episode Harry and his close friend Dodge (The Eventful Entrepreneur) are joined by a host of famous faces to discuss football, fame and everything in between.”