Home
Young and The Restless
Young and the Restless Spoilers: Has Dr. Anderson Gone Too Far? 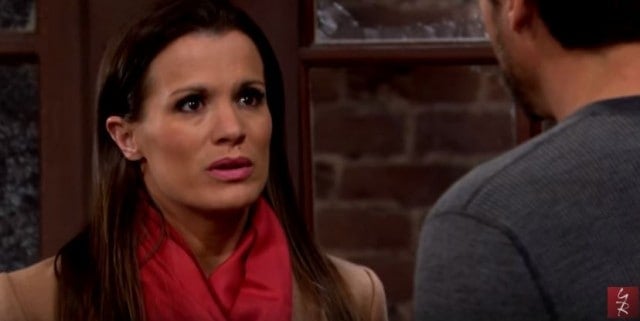 On Monday’s The Young and the Restless, it’s a search for a missing man, a medical miracle and tears being shed by virtually everyone in this small city. The week begins with Chelsea continuing her search for her husband. Adam has disappeared on his way to Spain, despite the fact that no one seemed to buy her theories. The world knows better, having seen Adam kidnapped and in need of help. Suspecting that Victor is behind the entire thing, he will have a few people to answer to this week as the search for Adam becomes serious.

Dylan and Kevin have received a ransom letter for Adam, and they’re hoping that the answer to what has happened to him, why it has happened and who is behind it will come to light somewhere in the letter. Is it Victor? Did he have something to do with the disappearance of his own son? These two know that without them, Adam likely doesn’t stand a chance. The question now is whether or not the ransom not has any information in it that might provide even some semblance of a clue as to Adam’s whereabouts. Is he still alive? Are his kidnappers really after money, or it is something even more sinister and more personal at play here?

We know the answer to at least one of those questions as Monday brings with it the moment that Adam risks his own life to escape, to get back home and to his wife. However, his attempt at getting away is not successful, and he is unable to make it possible to get out of his current situation. Will his kidnappers stand for this type of behavior, or will they be able to turn things around in their own favor at this point?

Billy is awake. He’s opened his eyes and spoken to Victoria, but the doctors still have no idea just how serious his health issues are now that he’s awake. For some, it seems as if his sudden wake up is ill-timed — especially where business deals are concerned. However, for the rest of the Abbot family, Billy’s sudden and miraculous wake-up can only be seen through tears of happiness. 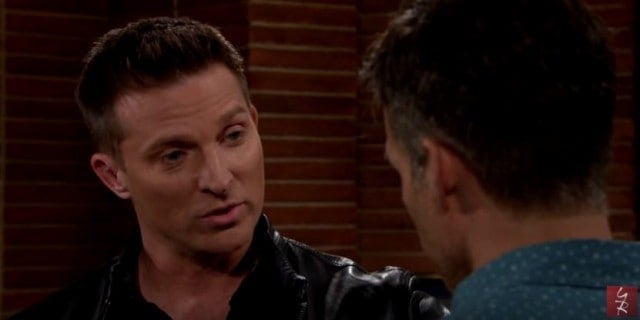 With death so close to their hearts, Victoria and Billy want to see if they can make their relationship work. Billy knows he has been everything but wonderful in the past, and he wants to change. However, as happy as Victoria is to hear that from his lips, she also knows that he’s made similar promises in the past and cannot be trusted based only on his words. She needs to see him prove to her that he is a new man, and she might have to wait a while for that. With such severe injuries, doctors are not allowing Billy to go home anytime soon, so how will he prove that he means it this time? Or does he?

For the first time in a while, it seems that Dr. Anderson is back in the spotlight. We’ve seen her discreetly — so she thinks — stalking Nick in the past few weeks, but it seems that both Nick and Sage have noticed that the good doctor seems to be everywhere that they go — and it’s not always appropriate. Has she crossed a line in her attempt to ruin everything in Nick’s life so that he has no choice but to spend more quality time with her? Of course fans know she’s less doctor and more stalker, but it seems as if her patients are finally beginning to realize that Dr. Anderson is not exactly who she says she is.

Monday’s episode starts off the week with a bang, and it appears that the rest of the week will follow suit. With Adam missing and not everyone on board with the belief that this is true, a doctor using her resources to stalk and destroy a patient and a medical miracle without any answers, there’s a lot going on. Will fans leave Monday’s episode with the answers to their questions, or will they be left with more questions than answers when they finally see what’s going down? Tune in Monday to find out what happens to your favorite characters.