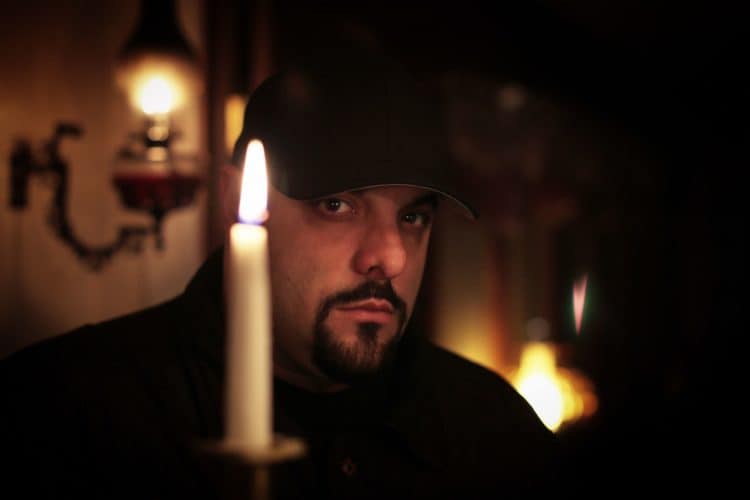 Haunting in the HeartlandÂ  is a travel show that can be found on the Travel Channel. Based on its name, it should come as no surprise to learn that it possesses a strong resemblance to a number of other paranormal-themed shows that can be found on the same channel, which should tell interested individuals plenty about what they should and shouldn’t expect from it. Here are 10 things that you may or may not have known about Haunting in the Heartland:

1. Centered On a Single Figure

Some paranormal shows are centered on a single figure. In contrast, other paranormal shows feature a team with some team members being more prominent than others. Haunting in the Heartland is an excellent example of the first case rather than the second case, seeing as how it is centered on a man named Steve Shippy.

2. Has the Feeling of a Local Revisiting Familiar Haunts

To an extent, Haunting in the Heartland has the feeling of a local revisiting familiar haunts. This is because Steve Shippy is someone who was raised in rural Michigan. Moreover, he claims that he was the victim of a haunting when he was a child, which was presumably connected to the murders of his home’s previous owners.

Supposedly, the haunting continued on, with the result that Shippy’s family was eventually forced to move away. Shippy claims that he later realized that running away was not the right answer. Instead, he thinks that his family should have stood their ground by searching for a way to either make the spirits rest or make the spirits leave. Shippy claims that this is what convinced he to start looking into solutions for similar problems alongside other paranormal investigators, thus resulting in a number of paranormal-themed documentaries.

4. Shippy Is a Rapper On the Side

Besides being a paranormal investigator, Shippy is an independent rapper under the stage name of Prozak as well. Moreover, he is one of those independent rappers who can claim to have found a considerable measure of success, seeing as how he has had a number of songs make the Billboard charts. Perhaps unsurprisingly, some of Shippy’s music is inspired by his interest in spirits as well as other paranormal phenomena.

5.Is of Chaldean Descent

It is interesting to note that Shippy is of Chaldean descent, which presumably refers to the Chaldean Catholics. In short, the Chaldeans were a Levantine people who came to Babylonia between the 11th and 9th centuries BC, with the result that they were eventually absorbed into the rest of the Babylonians. The term lived on for some time as a particular class of Mesopotamian astrologers and astronomers, but even that had passed by the time of the late Roman Republic. Nowadays, Chaldean tends to refer to members of the Chaldean Catholic Church that can trace their history to the Church of the East. Initially, they lived in what is now Iraq, Syria, and Turkey. However, there are now Chaldeans living throughout the Middle East as well as a wide range of western countries, having been spurred on by a host of ills such as ethnic persecution, religious persecution, poor economic prospects, and the lack of security in Iraq in recent times.

Naturally, Haunting in the Heartland features hauntings in the Midwest. This provides the show with a focus that enables it to stand out to some extent from similar paranormal shows. Furthermore, this presumably made it much cheaper to film the show because of reduced travel and transportation costs.

7. One Episode Featured a Psychiatric Patient

One of the episodes featured the supposed spirit of a psychiatric patient, which is very common in paranormal-themed shows. After all, psychiatric patients are associated with psychiatric hospitals, which are pretty scary institutions in their own right. In part, this is because we are our consciousness in such a fundamental sense, meaning that anything that threatens how our consciousness is supposed to work is terrifying on a fundamental level. As such, while it is unfair, psychiatric hospitals are tarred by their association with this kind of threat. However, it should also be noted that similar institutions from the not so distant past have a very cruel reputation, which is perhaps unsurprising when one considers the kind of measures that saw regular use in insane asylums.

8. One Episode Featured the Ghost of a Girl

Another episode featured the supposed ghost of a young girl. Once again, the ghost of children are very common in not just paranormal shows but also other forms of paranormal content. Perhaps this is because there is something so inherently tragic about the death of children in a way that isn’t true for someone who has managed to live a long, full life. After all, if a child has died, that means that something unfortunate happened. Furthermore, a child would presumably not be as capable of coping with the concept of death as a full-grown adult with the necessary mental faculties as well as the time in which to make use of those necessary mental faculties.

9. One Episode Featured a Haunting Related to Past Injustices

Ghosts tend to be pretty terrifying. However, it is a very common theme for them to show up because of some kind of injustice that was never resolved. Unsurprisingly, this means that a lot of paranormal shows feature supposed spirits with some kind of connection to a past injustice, with Haunting in the Heartland being no exception to this rule.

On the whole, Haunting in the Heartland doesn’t have a lot of episodes. This is presumably because making a longer season would have cost more, meaning that it made more financial sense to test the waters before making further financial decisions once the interest level of the audience had been gauged. On the plus side, this means that if people are interested in the concept of the show but are unsure if they want to follow it or not, it shouldn’t take them too long to watch the whole thing, thus enabling them to make a fully-informed decision on whether they enjoyed it or not.