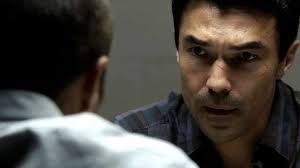 Danny made a very, very compelling statement on the latest Hawaii Five-0. “It’s a trip how two people can experience the same moment so differently.” One person’s ordinary moment can be someone’s worst moment, and a moment one person wasn’t even aware of can tie them to someone else for life. Those kinds of threads make themselves known in Adam’s case, as well as one of the most defining moments in Danny’s history.

Tani and Junior get a taste of why little moments matter when Steve puts them on a special assignment. These rookies pretty much skipped over all of the necessary steps a cop would usually take to be on a task force like Five-0, but that doesn’t mean Steve is willing to let them off the hook. Tani and Junior still need to walk a beat. They complain at first about being bumped down for a day, but realize there is no more honorable job, especially if you can be in a position to save someone, instead of just being there for the aftermath. They are able to save a family, by getting a grieving husband into rehab, and making sure his kid does not see him in bad shape. Of course, Junior did get tazed by a little old lady, so that happened.

Either Adam is getting railroaded by a lot of paranoid people, or he’s doing too good a job investigating the Yakuza. Adam is brought in for Hideki’s murder on an anonymous tip. Someone does a good job of framing him, even planting Hideki’s body in his car’s trunk without his knowledge. The FBI is all too happy to lock Adam up because they think he’s still involved in the family business. At the very least, they’ve never liked that Steve brought him in to run his own task force. They want this to be clean and easy, instead of the mess that it actually is. The one person who could possibly exonerate Adam is Jessie. The problem with that is that no one is really sure where Jessie’s loyalties lie. If Jessie can’t be trusted, then she’s of no help to Adam now. If she is just playing the Yakuza, Adam can’t risk blowing her cover.

Jessie isn’t the type to play a situation according to the rules. For that reason, sleeping with Kazuya Nemoto, one of Hideki’s guys who she has been spying on, is not out of the realm of sense. It also makes sense why she would run when he also turns up dead. She just didn’t want to be next. If anything, Adam is the safe one as long as he is in custody. But Steve still needs to exonerate him, especially because the case just got red hot. Once Steve and Grover catch up with Jessie, she leads them to where Hideki was killed, and eventually to the cleaners trying to cover up the crime. What ultimately sets Adam free is the physical evidence on Hideki’s body that is not Adam’s. It is however a familial match to Adam, revealing that Adam has a secret half-sister. She is the one who is running this operation. Which mean before this is done, Adam will go head-to-head with his family, again. 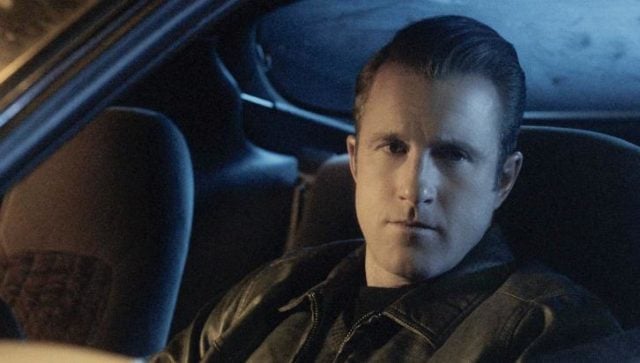 The mystery of who shot Danny a few months ago has finally been solved. Though it was Danny’s Uncle Vito who unwittingly led the man to Danny, he was already on the hunt. The shooter was a man named Ray, an abusive husband from New Jersey. Back when Danny was still a beat cop, he helped Ray’s wife, Brooke, escape her situation. He did a little bit more than just give her his card. She ran, and when her husband caught up to her, Danny could only see one way to get her out. He provoked Ray into attacking him by saying he had been sleeping with Brooke. He went on this rant just as NJPD rolled up. Assault on a police officer carries a bigger, quicker sentence than beating your wife. Brooke comes to Oahu to identify her husband’s body, and seeing her again brings up some heavy memories for Danny. Because what no one knew back then was that Danny wasn’t lying. He did sleep with Brooke, he just didn’t pursue it further when it was clear she needed a fresh start. Just as he was thinking of turning around, someone crashed into him. It was Rachel. That split-second changed the course of Danny’s life. Had it been a minute later, Grace and Charlie might never have been born.

Will Adam have to take down a sister he’s never met? Is there still a chance for Danny and Rachel to get back together?

Hawaii Five-0 reveals a big secret about Adam’s life, as well as the whole story behind Danny and Rachel’s first encounter.