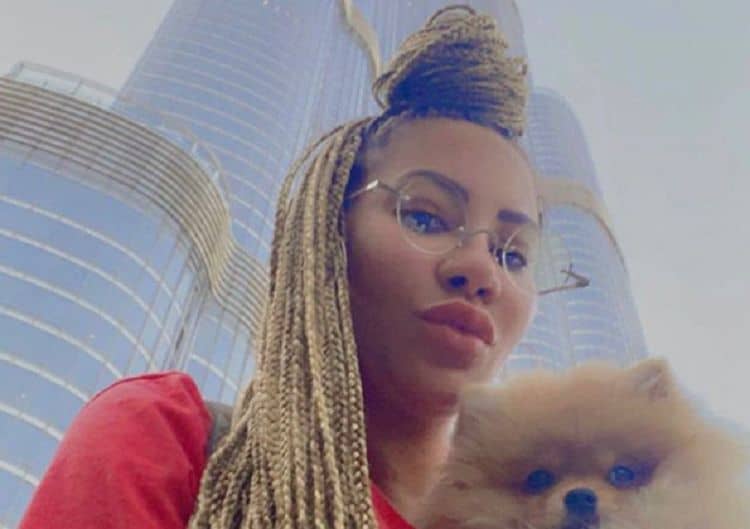 Hazel E first started gaining widespread attention when she was cast in the reality TV series Love & Hip Hop: Hollywood. Like many of the other people featured on the show, Hazel’s storyline had no shortage of dramatic moments and it was clear that she had absolutely no problem turning up in front of the camera. While this made her a favorite to some, it also made her highly unlikable to others. Regardless, Hazel let it be known that she didn’t care what anyone thought of her. Although she left the series in 2017, she has remained popular on social media here and there are millions of people who love keeping up with whatever she has going on. Here are 10 things you didn’t know about Hazel E.

Hazel was born in Cincinnati but was primarily raised primarily in Texas. Her father was in the military but it’s unclear if the family moved around a lot. She comes from a diverse background and has a Black mother and a Puerto Rican father. Hazel has lived in the Los Angeles area for the last several years.

It’s very common for people in the entertainment industry to use stage names, but most people have probably assumed that Hazel’s real name is Hazel. Surprisingly, however, her name isn’t even close to Hazel and her middle initial also doesn’t begin with an E. Her government name is Arica Tiffany Adams and it’s unclear where the name Hazel E Baby originated from.

3. She Was In An Episode Of The Parkers

Some of Hazel’s storylines on Love & Hip-Hop were so intricate that some people assumed that she was just acting. In reality, however, Hazel doesn’t appear to have much acting experience other than one credit. In 2002, Hazel made a minor appearance in the popular sitcom The Parkers.

4. She Started Her Own Business

People can say what they want about Hazel, but one thing that she’s never played about is her coin. She has an entrepreneurial spirit and she is the founder of a business called Girl Code Inc. It’s unclear exactly what the business does, but it seems to be focused on branding.

If you haven’t been keeping up with Hazels’ life since she parted ways with Love & Hip Hop, you may not have known that she got married in 2019. She and her husband, De’Von Waller, also have one child together. The couple shared an inside look at their relationship when they were featured on the show Marriage Bootcamp.

6. She Is A Brand Ambassador

Like many other people who have been featured on reality TV, Hazel has managed to build a solid online following. Thanks to having an engaged audience, she has been able to collaborate with brands to help market their products. She is currently a brand ambassador for a few companies including Waist Magnet.

Some people may notice that Hazel looks a little different now than she did when she first entered the industry. That’s because she has had a few cosmetic procedures. In addition to having a nose job (which was the result of an ATV accident), she’s also had breast augmentation. Unfortunately, Hazel suffered serious complications with her breast implants and ultimately had to have them removed.

Hazel E is the kind of person who is all about living her life to the fullest and she has a very adventurous spirit. She always looks forward to getting the opportunity to experience new places and things through traveling. Over the years she has gotten to visit quite a few places including England, United Arab Emirates, and Hawaii.

9. She Started Her Career As A Publicist

To the public it may seem like Hazel’s career in the entertainment industry started when she was cast in Love & Hip Hop: Hollywood, but that isn’t the case. Long before the show, she had been known to many people in the music business for her career as a publicist. She has worked with several well-known artists including Tank and Gnarls Barkley.

Even though Hazel’s reality TV days are over (for now) her fans can still stay up to date on her life through her YouTube channel. She and her husband started the channel in 2019 and they’ve already gotten more than 12,000 followers. What’s even more impressive is the fact that the channel has gotten well over 577,000 views. Their content mostly consists of vlogs and other behind-the-scenes glimpses into their lives.