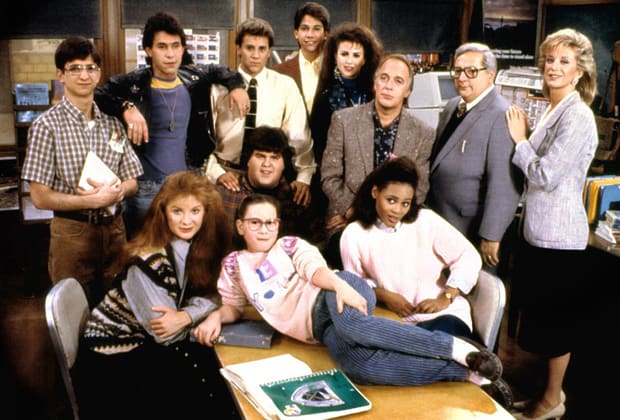 The answer to when reboots and remakes are going to fade off and go away is pretty simple when people stop paying attention to and paying into them, since the only way they manage to get any attention or the kind of patronage that makes them worth bringing up has to do with the number of people that are willing to watch. Head of the Class was a popular show back in the 80s and closed up shop by the early 90s, but it would appear that HBO Max is ready and willing to bring it back with Isabella Gomez as one of the lead actors. How this new venture will track with the audience is hard to say considering that it’s not really known if people remember Head of the Class that well considering that it was one of many sitcoms that were popular back in the day. With enough updates and perhaps even a cameo or two by a couple of the original actors, those that are still around and available, it could be that we’ll be able to really get into this show. Some folks will anyway, that much is kind of evident, but it does feel as though it might have a lot of proving to do when it comes to whether or not people are going to be convinced that it’s worth keeping beyond the first season. With the way that things are going for various shows these days on streaming networks, it’s fair to say that if the first season goes well that it might get a second, but anything after that is kind of up in the air.

Casting is going to be a big deal, as well the storyline that will be decided upon. It will undoubtedly be updated to the current era, which means that it will also be likely to include a great many of the changes that society has seen since the early 90s, which could be a good or a bad thing depending on how people take to the material. For a lot of people, it’s likely to appear as a new show since those that were born after the show was taken off the air probably won’t remember this show at all and will have to look it up or watch old episodes to really get the feel of it and understand what it was all about. Any school-based program is bound to be somewhat interesting, so long as it keeps a healthy balance of drama, humor, and is seen to actually represent what high school life is like. Has anyone watched that many high school movies and shows? There are some aspects that Hollywood tends to get right, but there are many other aspects that get butchered and/or misrepresented in a big way since the intent is either to spoof the high school experience or for one reason or another it feels as though Hollywood writers either forgot what it was like to be a high school student or somehow never had the experience.

The chances are good that this show is going to simply be accepted as another attempt to show a funny and engaging high school experience that will go beyond the norm in order to make people laugh, which is definitely acceptable and even anticipated since a lot of people still want to laugh and point out what’s just ridiculous and what’s actually accurate. Let’s face it, high school is, for a lot of people, a difficult time that is riddled with good times and moments that are memorable in various ways since it’s a different time in a person’s life when they’re still growing and still figuring out what they want to do with the rest of their life. Of course, what gets missed a lot of the time is that high school is also a transition in a person’s life where making the big decisions as to what they want to do with the rest of their life is kind of silly since high school is there to get a person ready to make those decisions, while college is the last real buffer between an individual and the world that’s just waiting to chew them up. A class of overachiever’s in high school, as it was in this show originally, will typically be made up of a mix of people that either know what they want to do with their life or are simply drifting through and are exceptionally skilled but don’t know what to do with said skill.

Yeah, this could be a decent idea, but the hope is that it will pay homage to the original show in some way if only to remind people that it is taking from the original idea and will be taking its cues from what’s come before while still creating its own identity.