Gordon Ramsay’s reality cooking show, Hell’s Kitchen, reaches its milestone 100th episode on Wednesday, October 13. Fox has put together a video of memorable moments over the years, which you can watch below. We also have several clips from the episode.

Don’t forget to tune in for the episode tonight! 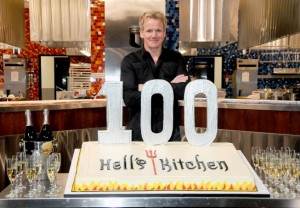 THE CONTESTANTS PREPARE FOR AN EVENING OF ELEGANCE ON AN ALL-NEW 100TH EPISODE OF ‘HELL’S KITCHEN’ON WEDNESDAY, OCTOBER 13, ON FOX

With tension building between the contestants as the competition heats up, Chef Ramsay tests the chefs imagination and creativity as well as their ability to work together. In the first challenge, the teams are asked to create one cohesive dish using five randomly selected ingredients. The team that prepares the most harmonious dish will jet off to Las Vegas as a reward, while the losers will be forced to wash, peel and cut more than 1,000 potatoes. After a sloppy start, dinner service takes an unexpected turn of events.

Later, Ramsay challenges the teams to shop on a budget and transform four classic ingredients into elegant dishes worthy of fine dining. Four special judges critique the teams’creations, and HELL’S KITCHEN welcome some very special guests to the show’s most elegant dinner service to date. Find out which contestants achieve near perfection and who cracks under pressure in the all-new ‘9 Chefs Compete’episode of HELL’S KITCHEN airing Wednesday, Oct. 13 (8:00-10:00 PM ET/PT) on FOX. 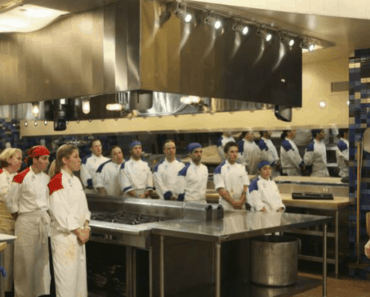