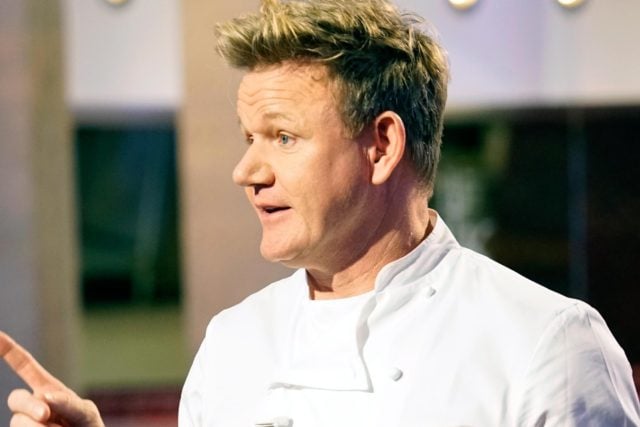 He’s at it again. Chef Gordon Ramsey called each of his choices personally to invite them to a competition never held before at Hell’s Kitchen. Unforgettable chefs from previous seasons got the invitation to return, and each one was picked up by a limo to bring them to Hell’s Kitchen. It’s the new 17th Season and it’s Hell’s Kitchen All Stars.

Ramping up the challenge and difficulty, Ramsey has planned that old rivals will face off and new alliances will form. At stake is the biggest prize in Hell’s Kitchen history. The reward: the winner will become the new head chef at the brand-new Hell’s Kitchen on the Las Vegas Strip at Caesar’s Palace. They will receive a $250,000 a year salary.

Not only is the season opening to a brand-new competition, but Hell’s Kitchen is having a grand opening. The restaurant was completely redesigned for the first-time-ever All Stars competitive event. Fans and super-fans from around the world were invited to attend the event.

So, who did Chef Ramsey invite to compete? A total of 16 contestants to start:

For the first challenge, the Gents and the Ladies divided into two teams. Each chef was given a plate of ingredients covered by a dome-but when lifted, nobody had the ingredients they expected. Chef Ramsey raised the bar again. He instructed each to create a single dish in 45 minutes on the fly, and that each chef had a matching chef on the other team with the same ingredient dish.

Chef Ramsey tasted each round of matching dishes and awarded scores out of 5 points possible:

The Gents won the challenge and were rewarded with a trip to the top of the 70-story US Bank building for a glass of celebratory champagne and a victory slide down the Sky Space completely glass slide hanging off the side of the top of the building. Next, they were whisked by limo to Wolfgang Puck’s restaurant and were served a delicious meal including Angry Lobster, hand served by Chef Puck himself.

The Ladies were awarded the task of cleaning up the event mess outside. They had to sweep up all the confetti, break down the bleachers, take down the railings and pick up the mess. Elise angered the team when she refused to help, even though the rest of the ladies noted that she has the biggest muscles. Earlier in the show, the others noted that she was the most hated contestant of all time. Seems as if she’s holding her reputation in tact, for now.

Chef Ramsey has brought together his culinary team to supervise and oversee the competition. Wine master Marino served the Gents their victory champagne. Also on hand were Sous Chef of all the Las Vegas Gordon Ramsey Restaurants, Christina Wilson, winner of Season 10; and Executive Development Chef James Petrie, who oversees 14 Gordon Ramsey restaurants in the United Kingdom and additional properties in France and internationally.

What’s next? The Los Angeles Hell’s Kitchen has been expanded to include a bar service area to accommodate the increased number of guests wishing to experience the restaurant. Before the next dinner service, the chefs will compete to create the most delicious new bar drink. The winner will receive immunity for the evening. As with everything Ramsey, this season has started with the best of everything. It’s going to be wild.