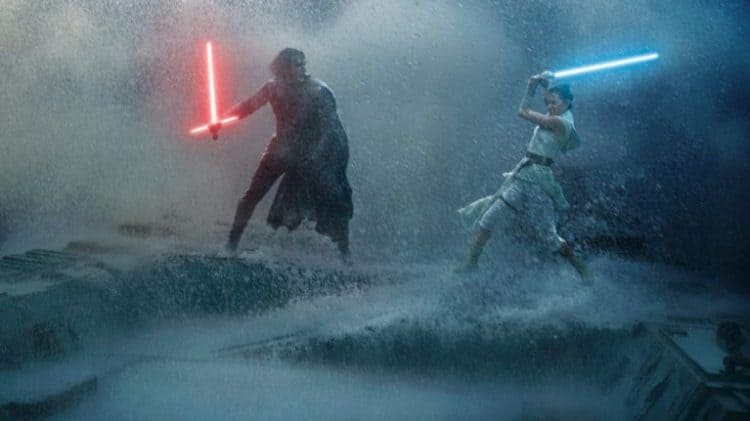 To say there are a lot of high expectations being put on The Rise of Skywalker is putting it lightly since quite honestly this movie is THE end of a saga that has kept Star Wars moving forward as one of the greatest stories ever told. The celebrity cameos that are coming in the next movie almost seem like a byproduct of the entire legend that’s been kept up for decades now, as Lin Manuel Miranda and Ed Sheeran are said to be coming to the set and will be with Resistance and First Order respectively. Kevin Burwick of MovieWeb has even hinted that we might be able to pick out Warwick Davis somewhere in the midst of the story at one point, though you can bet that he won’t be wearing stormtrooper armor. If he’s part of the Resistance it’d be kind of a surprise since he hasn’t really been in an action role as far as Star Wars goes since his time in Return of the Jedi as Wicket. Even the roles he’s played in several of the Star Wars movies, minus two of the prequels, haven’t been quite as intense as his Ewok role. At this point though he’s still considered Star Wars royalty since he’s been around so long and therefore deserves a great deal of respect for having been around for so many of the movies, Solo and Rogue One included.

If there are other cameos it’s bound to be noticed either right before or soon after the release of the movie since it’s been seen that the directors have enjoyed sneaking in a couple of people here and there over the years to see if people would notice. That being said though you can imagine that a lot of people are going to be focused on a few key elements in the movie that will take precedence over the whole movie star cameo bit since not only is the movie the last of a saga, it’s also bound to be the last for a while since it does sound as though Star Wars will be taking a break after this and won’t release another movie for a while to come. Erik Kain of Forbes has more on this if you’re interested. That’s always up for debate obviously since quite honestly people will continue to love this story and wonder when another movie will be coming out, but at this time it does feel as though we all might need a break from the epic story and a chance to recuperate once episode 9 is over and done with. In the future though one can only hope that if there are more Star Wars movies to come, and it sounds as though there might be, that we’ll be treated to something that’s more akin to the original trilogy, with more diversity obviously, and less of a feminist agenda attached to it. The funny thing about this is that had Disney opted to go with the expanded universe they would have had all the diversity they needed without the risk of alienating a good portion of the fan base.

There would have been a large number of chances for cameos, reveals, and untold numbers of movies and series that could have easily pushed Star Wars to the mid-century mark without any flak from the fans. In fact if the EU had been kept as canon and worked out in terms of continuity as so many seem to worry about, the entire galaxy could have been thrown into an upheaval of sorts that would make Star Wars even more popular and possibly bring in a wide variety of characters that would have continued to boost sales. But even so, the popularity of the franchise is still a guaranteed thing since the story has continued to draw in new fans and no matter how it’s gone the old fans have still hung around despite their protests. It’s fair to say that even with a break in between this saga and whatever comes next that fans will continue to talk and theorize about one thing or another when it comes to Star Wars and will agree and disagree about this or that in relation to the story. After all no matter what people say there are still fans talking about who shot first, Han or Greedo, right? Adam Chitwood of Collider actually has more on this controversial topic.

If you pay close attention you’ll see the cameos in the movie and probably be kind of impressed with how they’re woven in there, but the chances are good that unless they’re told beforehand, a lot of people will miss the cameos in favor of watching the action unfold and the story continue to make its way to a terminus. That’s okay really since a lot of folks will no doubt be watching the movie twice or several times just to make sure that they managed to see everything, y’know, like normal.