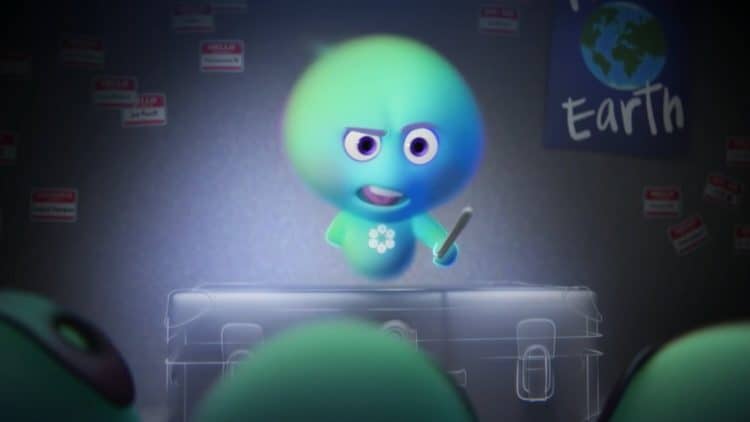 A new release that’s bound to get a lot of people talking and possibly smiling at the same time is 22 vs Earth, which is a prequel to the movie Soul starring Tina Fey as the aforementioned 22, a new soul that took a different path and is apparently not as enamored of a return to earth as others might be. This attempt to subvert other new souls to her cause however is bound to be a little comical as she attempts to tell them why going to earth isn’t a good idea and why it’s not something that should be pushed to the rest of their kind. Anyone that has seen Soul is bound to find this kind of endearing since the tale in which Joe and 22, played by Jamie Foxx and Fey respectively, had to find their spark, their purpose for wanting to make their way to earth, or in Joe’s case, return. It was, as many already know, a very heartfelt and touching movie that might not have resonated with everyone but still managed to become one of the more inspiring movies that have been released lately. The prequel is bound to be pretty amusing since this is 22 pre-Joe and pre-spark when she was almost militant enough to be painted as a revolutionary since she was ambushing and trying to recondition new souls into believing that earth was not the place for them. The clip below is funny enough to make a person think that this movie could be every bit as worth the watch as Soul was, especially since, for kids, it could be rather inspirational. If nothing else it’s bound to be a funny and engaging story of 22’s attempt to keep new souls from reaching a place that, to her, is fairly pointless and not at all appealing.

As far as discussions about the human soul and its purpose go this is a movie that a lot of people might want to at least check out when it comes to explaining to children what makes a soul so important and why the belief in one might be important or at least worth listening to. There are those that don’t believe in the soul, or the implications that it has much of anything to do with life, but the fact is that a lot of people would look at this movie and think that it’s worth discussing with kids and others the importance of the belief in a soul and the idea that it could and does make a huge difference in who we are and what we do in life. Many upon many people have extolled the virtue of a soul and what it really means to have one since it makes us so distinct that it has become a huge discussion at times as to why people are the way they are. It’s also been spoken of in a way that would likely set some peoples’ teeth on edge simply because there are those that enjoy thinking about the ethereal nature of the soul and don’t want to quantify or qualify it in terms that academics might enjoy hearing simply because it makes the type of ground-level sense that a lot of people enjoy.

Sadly, that’s what a lot of people want at the end of the day, something they can touch, see, and explain in practical terms, and quite often a soul isn’t that. A soul is often described in many ways, but as a concrete and solid form, it’s usually not seen as something that people can touch, pick up, smell, taste, or really observe in any way that a lot of folks would understand. On the flip side, one might think that souls that know nothing of life could possibly think that earth is an abstract thought, something that is just as substantial as heaven or hell might be to a human being. It’s an odd way to think obviously, but it’s also something that might have some basis in why 22 turned out to be the way she was. Of course, without seeing the prequel first it’s hard to say for certain just what is going to be revealed, but it does feel that we’ll get into the metaphysical talk in a humorous way once again, which is what people are likely going to want, since talking about the soul and its function and purpose is something that gets a lot of people going, even if it makes some folks roll their eyes as they would when listening to an explanation of an abstract thought being explained by a child. Hey, everyone has their own belief, and their own reaction to the world we can see and the things we can’t, so it’s understandable to think that some will find this appealing and some won’t.