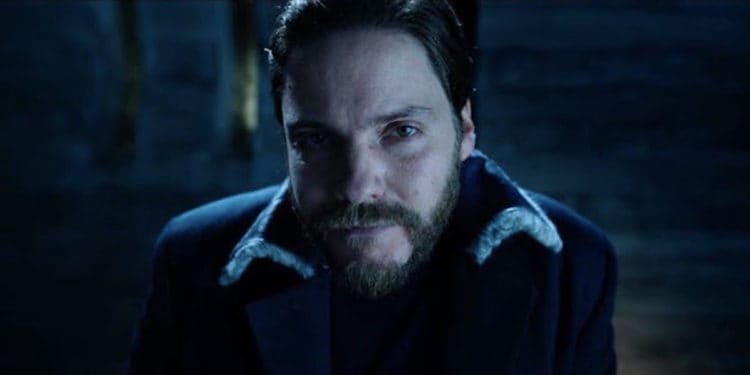 If you have need of a Baron Zemo fix this might settle that and possibly get you thinking that you’ve seen quite enough of him for a while. An hour of Zemo doing a short dance number that’s the most basic thing that’s ever been done on a dance floor and for really no other reason than because it was felt that it was something that needed to be filmed. It’s not the worst thing to ever be done, and it does show that Zemo knows how to blend in, as he was doing in the last couple of episodes of The Falcon and The Winter Soldier. In fact, it almost feels as though Zemo is being primed to be a bigger villain this time around in the MCU since his role is being kept steady but not as front and center as it could be since he’s been off-screen for quite a bit of the show thus far despite being someone that was brought in because of his expertise with the super-soldier program that created the Winter Soldier. He’s not trusted in the least, which is wise, but he’s slippery enough to make a lot of people feel that his motives are anything but pure since he’s already stated that Sam and Bucky can’t be trusted, and he’s not above going back on his word no doubt. But the fact is that he’s a wanted man and after his escape from prison it’s bound to happen that Sam and Bucky will find that they’ve bitten off more than they can chew since Wakanda has sent their own people and the new Captain America has come looking for Zemo as well.

He’s been pretty slick thus far when it comes to how he conducts himself since every time it looks as though he’s about to betray his companions he keeps showing up again to indicate that whatever he’s done has been to help their cause when in truth he’s likely setting the board for a sudden sweep when the time comes. He’s also gotten closer to Karli Morgenthau, and closer to ending her than anyone has at this point since Zemo proved that she’s not invincible, and he destroyed most of the super-soldier serum that she’d been carrying with her. So far Zemo’s part in the story has been seen as that of an individual that’s keeping everything as close to the vest as possible, and it’s easy to say that even being threatened is only going to get so much out of him since the guy knows a little about torture and how to push people to their limits and past them. In short, Zemo is a tough guy to figure out, especially when he’s loose and free to do what he wants.

Seeing him mingle with so many others on the dance floor might look awkward and be kind of out of character for him, but to be realistic it could be that it’s one of the best places to survey the room for others since a lot of people are paying attention to the dance floor and the people around them, gyrating to the beat while not paying much attention to anything else. Zemo would likely find this an ideal spot to blend in as he keeps an eye on the room around him, the ability to look for others that he might be expecting to see. Zemo is the kind of villain that’s calculating, intelligent, and very determined as it’s already been seen. It’s not every villain that can say that they’ve had a hand in dismantling the Avengers, especially when the villain in question is someone that has no special powers and just his intelligence and wits to make such a thing happen. The fact that he was captured by the Black Panther doesn’t really feel like a loss since once again, Zemo is a calculating individual that plans his steps out and tends to play the long game, which means that he’s usually about as ready as can be for anything that might come along. So to say that the show might see him doing what he can to establish his own following to fight against the Flag Smashers, as well as the US heroes, isn’t that hard to accept since it’s something that he might have been planning up until this point.

But staying ahead of his pursuers is going to be tough since he has a few different groups looking for him and it’s not bound to be easy to stay clear of all of them. One thing that’s kind of obvious is that one might not see him on a dance floor anytime soon since this shot was something that wouldn’t be too wise for him to do again. Apart from that, it will be interesting to see where things go from here.