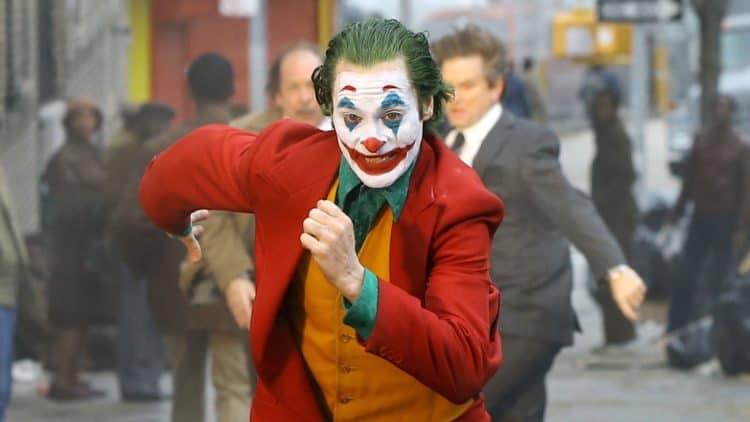 Keep in mind this is how Spawn became possible, it’s not necessarily how he’ll top the low bar that was set when his movie came out in the 90s with Michael Jai White as the lead character. Ryan Scott of MovieWeb is one of those definitely appears to think that this will come off as a success since the names attached to the movie thus far are Jamie Foxx and Jeremy Renner, both big-name actors that have been very prevalent in recent years and both of whom have been nominated for major awards. Where the Joker movie fits into it is the fact that being rated R the movie has opened a lot of eyes and given people the desire to see a hero movie that’s down and dirty, gritty, and full-on R-rated material. What a lot of people don’t likely realize, or even if they do they don’t care, is that Spawn is not a largely bloodless comic series, and by the end of the movie the set might very well be drenched in gore since if anyone’s ever read the comic then the idea that Spawn is not exactly the nicest guy in the world, despite being a hero, is going to be loud, clear, and all over the walls. In short, whatever blood was seen in Joker is basically a flesh wound in comparison.

It’s definitely a hope that this movie would be able to do what it couldn’t back in 1997, but to give Joker that much credit for being able to give Spawn the green light feels kind of like a false signal since it’s almost akin to an individual that’s completed a complicated high dive telling the next diver that the water’s just fine, go and dive in. Likely as not this movie could be great if Todd McFarlane, the creator of Spawn, could get it in his head that he might actually need someone helping him to direct since he’s still a newbie when it comes to sitting in the big seat. His storytelling skills are on point as the story of the hellish hero are extremely entertaining and have been more than a little detailed since his arrival on the scene. But there’s a lot of difference between writing a script and directing a movie, so it’s safe to say that he might need someone there with a little more experience that can guide him through the process. It’s very true that a writer knows how they’d like their creation to look, to sound, and to play out on the big screen, but it’s also true that they’re not always the best individuals to try and direct an entire cast and crew on how to make everything come together. David James of We Got This Covered has his own opinion on whether McFarlane will be able to take on the directors seat or not. Like it or not, directors are usually those with a very big responsibility since if the production fails it will fall on their shoulders first, and if it succeeds then their name might be credited as the most important among the cast, or it might be lost in the hype.

McFarlane created something great in Spawn and he’s even managed to create several characters that have helped the story along as he’s continued to push and push for this movie to be made. How it’s going to come together at this time is kind of hard to say since a lot of details are still missing and there’s a lot of content that could be put into the movie. Obviously as a reboot it needs to be an origin story to show how Al Simmons became Spawn once again, though this time around the hope is that the effects won’t be quite so cheesy and the overall story won’t feel like it half-baked and then left out to cool without anyone checking to see if it was done or not. Kieran Fisher of Film School Rejects has more to say on this matter. Much of the movie felt as though it was rushing along at a breakneck pace without bothering to stop and see if people were able to keep up or not, since at that time the number of Spawn fans was still far less than it is now. He’s remained a popular hero with a great number of hardcore comic fans, but after the movie a lot of people lost faith in the storytelling capabilities of anyone that might want to take on such a project again. This time around though McFarlane wanting to be involved from start to finish it feels as though something could happen that would make Spawn stand out in a big way. The only thing to wonder about now is when it would come out and if the time is going to be right. Some would say it doesn’t matter, people will go to a movie anytime when they feel that it’s interesting enough. That’s not entirely wrong to be certain, but it’s also kind of dismissive of the trends that come and go. Hopefully Spawn can come out at a time when it’s primed and ready to make a big splash, but we’ll have to wait and see.