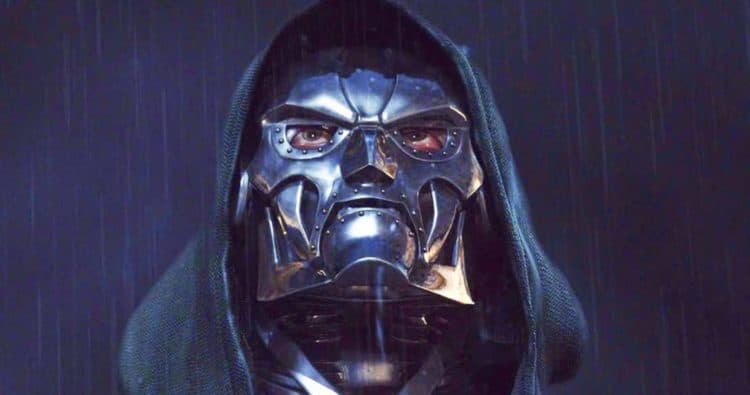 No one has really nailed the character of Doctor Doom just yet when it comes to his on screen appearance, and it’s been one of the many things that Marvel fans find kind of irritating since on paper he is kind of a complex character but his suit and his power set really aren’t that hard to get down. Yet in The Fantastic Four movies he’s been treated like some strange, almost irrelevant castoff that doesn’t deserve that much respect and is basically a really angry guy that happens to hate Reed Richards and the Fantastic Four and has a great amount of wealth as well as power at his disposal, but still can’t get the job done. Even in Rise of the Silver Surfer, when he had Surfer’s BOARD for crying out loud, his powers were still seriously downplayed and he was beaten by a Human Torch that was possessed of the entire team’s powers much like the Super Skrull in the comics of old. Even then, with the Power Cosmic, Doom was still seen as something of a weakened character. Ryan Scott of MovieWeb seems to think that this character has merit, and as I’ve done in the past I can’t help but agree with him since Victor von Doom is someone that has managed to mess with multiple heroes and even other villains in his time and has come out on top a few times as well.

But while Fox movies based on heroes have been getting the ax left and right in favor of Disney coming up with their own ideas, the movie written by Noah Hawley is still on the table for some reason. Maybe Disney feels that Doom is owed one after all this time, especially considering that after three disastrous outings the character is still pretty cool and should be allowed at least one chance to connect with fans. This is one of those characters that you either love or hate based upon your love of the comics. Some folks that remember Doom and the FF from back in the day might have actually rooted for Doom simply because they were tired of the sanctimonious team that he fought against so often. Doom has rarely ever been anything but the villain after all and he’s made no bones about it. Strangely enough you can call him an honest villain since he doesn’t hide the fact that his way is the only way that he sees to do things, and it’s typically not that nice.

A fun fact is that Doom took place alongside the heroes in the Infinity Gauntlet series and despite getting blasted by Thanos he still managed to hold his ground and kept going, at least until Thanos straight up murdered him. He’s always been a character that is out for his own best interests even if he’s willing to stand as part of a group to get the job done. His whole aim was to get the Infinity Gauntlet in the sneakiest way possible, but of course the fact that Doom is a bit too greedy kind of works against him at times as it’s been seen in just about every one of his defeats. He’s been one of the most dangerous villains in the Marvel universe, but being earth-based and limited in what he can do no matter that his upper limits exceed a lot of villains, he’s still kind of vulnerable. With that in mind though he’s also a far smarter and more experienced combatant than he’s been given credit for in the movies as of yet.

If Noah Hawley’s movie does stand up to the scrutiny from Disney it seems fair to say that we might be seeing another big-time and very influential villain in the MCU since Doom has been around for so long that his interactions are hard to list in a short amount of time. His main enemies are the Fantastic Four though, so if Disney is thinking of linking him with the team again it might be a good amount of time until we finally get to see them as they deserve to be shown. Hopefully though it won’t be anything like what we’ve already seen since despite the fact that Doom was hideously disfigured in the comics, something he blamed Reed Richards for, his armor was more or less something to protect him and hide him away from the world since he was a very vain individual. But it was never really a part of his body as it was in the movies at one point, at least not in the same sense.

It’s time to see Doctor Doom in all his glory on the big screen, don’t you think? If this movie happens though it does need to include the Fantastic Four or at least make mention of them since Doom and the FF are linked in a big, big way.