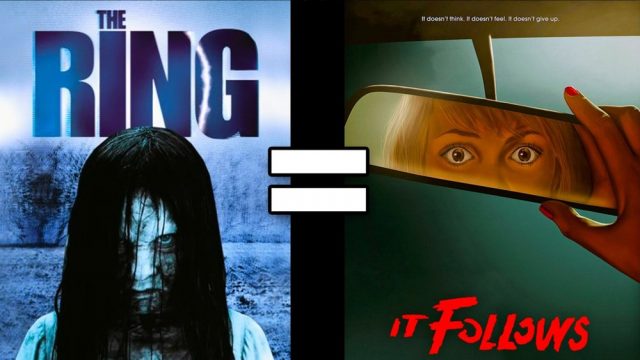 Horror movies are a fickle bunch.Â  While people may think it’s easy to make a scary movie in the sense that you just provide a lot of suspense, gore, and scary scenery, horror fans can see through just about anything when it comes to their genre.Â  Which is why when a super scary movie does come around it produces a cult following for life.Â  The Ring was 100% such a movie.Â  It produced its own subculture of fans and now that The Rings is upon us, hype for anything “Ring” related is at an all-time high.

Another horror movie that received a fair amount of praise that came after The Ring was It Follows.Â Â  While the concept was fantastic, many felt it didn’t necessarily live up to the hype.Â  Also some felt the film was poorly executed. Â  Now some years later Couch Tomato has revealed to us that there are 24 reasons why The Ring and It Follows are the same movie.

Now you know why you felt so cheated by It Follows.Â  Have a look at the proof below: