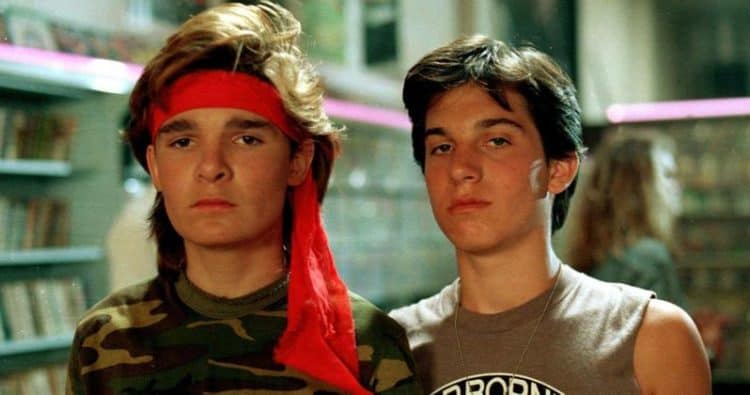 At the risk of sounding insulting, THIS is what we’re waiting for? It will take a hardcore fan of the Frog brothers to get online and watch Corey Feldman and Jamison Newlander live, and the scariest part of that is the fact that there are likely plenty of people that are looking forward to it and plan to watch the show each night that it’s on. The Frog brothers were amusing when they were on The Lost Boys, the first movie, and then they were kind of cringe-worthy when they showed up in the sequels. But now it’s enough to just say ‘huh boy’ and wonder what’s going to come next as Feldman and Newlander take on this idea of traveling about to find rumors of the unknown and terrifying as themselves, which is something that, again, people are likely to watch either out of curiosity or because they’re simply fans of the two men and want to see what they’re going to do. It’s definitely interesting to see how many fans they still have after all these years, and especially after Feldman’s move Truth: The Rape of 2 Coreys, since Feldman has appeared as less than stable in recent years. The whole Frog brother schtick has been played out it feels like, and if this is what people were hoping for then great, they might be entertained, but if they were seeking to reconnect with Edgar and Alan Frog, a lot of folks might be a bit disappointed.

The appearance of the Frog brothers really didn’t work past the first movie if I’m being honest since in the initial Lost Boys movie they were funny and kind of awkward but it was felt that they had at least a slight grasp on what was going on in their town. They had their suspicions and as a result, they prepared themselves as best they could in order to do battle with the vampires they knew about. But it’s kind of obvious that they didn’t wipe out all the vampires since there was a sequel, and then another movie after that. The idea that they would eventually go after werewolves might make a lot of people shake their heads since the Frog brothers didn’t really get better with age and to tell the honest truth, they don’t look as though they could take down the kid from the first movie, let alone another bloodsucker or werewolf that might come calling. So maybe it’s best that this show is going to be featuring them as they really are since it sounds as though they’re visiting different sites to try and explain the historical and supernatural significance of each one. If that’s how it’s going to be then it might be worthwhile since there’s always a bit of interest to be had in checking out different areas that have various histories that people might want to hear about.

Without knowing enough about Newlander it’s fair to say that he probably has a healthy respect for the supernatural, but Feldman has been featured in a few different horror movies, usually as a supporting character. It does feel accurate to say that when the history books are cracked open at a later date and these two are brought up, The Lost Boys will be their one biggest claim to fame when it comes to horror since anything else has kind of paled in comparison. The attempt to entertain people after that movie as the Frog brothers have kind of faded in a big way and it’s easy to think that they simply don’t have the same kind of energy that they did so long ago. As kids, it was a lot easier to accept them as the fumbling brothers that acted as though they knew what they were doing since the audience had a good idea that when push came to shove they were likely going to find out that they were in way over their heads when it came to vampires. And for the most part, they did alright, since they did manage to kill one of the groups in their own hideout, but had they stayed any longer they would have been ripped to pieces, and the final battle likely should have gone in a much different direction since three vampires against a group of kids shouldn’t have been much of a battle. But then again, the kids were resourceful enough to take out two of them, even though they somehow forgot that a master vampire couldn’t be killed so easily. That’s kind of a big misstep for those that are seeking to hunt vampires.

So this idea that they’re pushing to YouTube might be entertaining enough to take a look, at least long enough to see if anything interesting is said or shown.