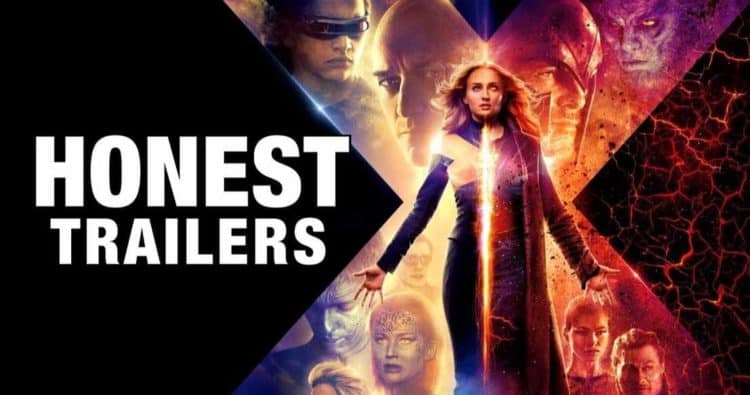 So just to be clear, we all knew this was going to be rough. The X-Men have not had an overall good time on the big screen and it’s been more than evident in the last several movies since the fans and the critics have seen fit to tear the movies apart. In fact it would seem that the most loved of the movies have been the original X-Men and Logan, as they seemed to have escaped at least some of the criticism, if not all of it. Perhaps one of the biggest problems in the X-Men however is that, despite the comic books ripping up the lives of the characters and redoing them so often, the source material is almost never followed the way it was reported to happen in the comics, meaning that over and over we’ve been subjected to one story after another that has been largely reduced to a rather pitiful two-hour experience that has the look and feel of an X-Men movie, but just barely follows any of the story lines that comic book fans have seen in the past.

I know I’ve said it more than once and likely a lot of people have repeated it over and over, but the original X-Men seem to have been forgotten in favor of the cool and hip X-Men that people came to love later on down the line. Cyclops, Angel, Jean Grey, Iceman, and Beast were the original members brought together by Professor X, and Magneto has been and should hopefully always be their greatest enemy while sometimes being an ally out of necessity. So who came next? Well, once the original X-Men were in trouble Professor X recruited individuals such as Wolverine, Colossus, Nightcrawler, Thunderbird, Firestar, Storm, Banshee, and a few others that would come along eventually. From that point on it kind of became a long list of names that would come and go throughout the years as members joined, died off, parted ways, or turned on their former teammates for one reason or another. The problem with Dark Phoenix, apart from including members of the team that didn’t always work together, such as Mystique, is that this was a saga in the X-Men history that went on for some time and was much more far-reaching than the movie shows since the Phoenix force is something that can consume entire planets and end the lives of billions on a whim. That makes this attempt a little frustrating since it’s like trying to place the entirety of one long and impressive story into a small blurb without taking into account just how expansive it is. In truth the Dark Phoenix saga could have lasted for at least two to three movies if the filmmakers had shown any interest in doing things the way they needed to be. But really it’s more about quantity, not quality as we’ve seen throughout the years, and it’s not too surprising.

Now that the MCU owns the X-Men it will be interesting to see if they can do anything with them that might be redemptive enough to get people back on board and able to believe that the group is just as great as any other and could possibly take off on their own, or be a part of another great buildup that could see them as an integral piece in another of the MCU’s grand schemes. Think about it, Jean Grey with the Phoenix Force, the X-Men with a full team, including Wolverine, Colossus, Storm, and possibly Deadpool and Cable somewhere in the wings, would make for an insanely popular story that people would flock to. There are so many ideas out there to utilize, all a person has to do is open a comic book and FOLLOW THE SOURCE MATERIAL. If nothing else it would seem that this might be the balm to the miserable run that the X-Men and several other heroes have been given in the movies, since their story is so incredibly diverse and rich with characters that trying to make a worthwhile story should be a thing of ease. This time however, Raven really needs to resume her place in the natural order of the comics as Mystique has almost always been a villain by trade and by choice, though she’s done her bit to help others at times and proved that she’s a rather complicated character. But her relationship with Charles Xavier is something that Dylan Dembrow of ScreenRant has rightfully pointed out was heavily retconned for the movie X-Men: First Class. While she’s had dealings with Xavier in the past the mention of them being adopted siblings was a huge stretch of the imagination.

So yes, Dark Phoenix was not the best movie in the X-Men saga, but it could have been had it been done differently, just like rest of them. But until someone’s ready to crack open a comic book that doesn’t seem likely.