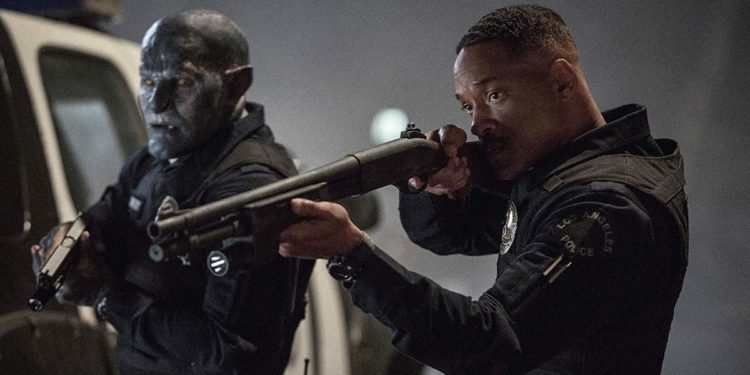 Bright is the kind of movie that either makes a person groan or gets them excited since it’s like a modern-day D&D in which humans, elves, orcs, and many other creatures have been living with one another since before any of them could remember. It does raise a whole new level of issues when it comes to the overall society in which these very different beings live, but it’s also something that the critics have deemed was less than successful while the fans have begged to differ in a big way. That kind of goes to show that the critics don’t exactly know everything no matter that it’s their job to rate movies and tell us, the audience, just what makes a movie good or not. If you’re rolling your eyes right now welcome to the club since critics are usually just biased individuals with another opinion and a title that seemingly makes them capable of telling others whether something is worthwhile or not. In any case though people have responded to Bright in a mostly positive manner and have a desire to see a second movie come to Netflix that could possibly expand on the world that’s already been set into motion. Ryan Scott of MovieWeb has commented that the movie was something of a gamble and he’s right, but so far it does sound as though it’s paid off enough to produce a sequel that people will want to check out.

There’s plenty of story left to Bright, but when we’ll see the next installment come out is kind of hard to say since all that we know is that it’s ‘in development’ as of now. Fred Topel of SlashFilm has more to say about this subject. Given how the first movie ended there are plenty of angles and hooks that might be used to bring on the second, but it’s also likely that the movie will be seen as an attempt to build upon a world that is already kind of familiar despite the huge differences. One thing that’s known is that Tikka is still around while Leilah and her cronies have been eliminated and therefore taken out of the equation. But with the possibility of two other wands in existence and the whole idea of the Dark Lord being raised if someone gathers all three it’s enough to think that Bright could possibly continue onward to a sequel if not towards a trilogy since a story such as this is something that opens up a lot of possibilities. Ward and Jakoby might be on better terms in the second movie, the city might come together at least a little more with the idea the Orcs can be cops and still belong to a clan, but the elves still appear to be kind of haughty and somehow above it all since they’ve been shown as a bit snobbish and even more secluded from the rest of the world.

Plenty of people have given their own commentary on how Bright reflects the world we live in at the moment and how they believe that the different races are used to represent the downtrodden and the supposedly abused peoples that we see every day. It’s a movie, to start with, and there are disenfranchised humans as well as other creatures that face the same issues and the same dilemmas within the movie, so arguing that racism is an issue in this movie isn’t entirely inaccurate, but it’s kind of silly to be fair since the fantastical nature of Bright blended with the realism that it presents is a nice mix that creates a great story that doesn’t require as much thought as people have put into it. A sequel is likely to keep digging on the racial inequalities, the flak that each species gets from those around them, and the continual gap that separates the races and different classes since this is a driving force behind the movie that makes it work. Overall, Bright is a movie that works for some people but not everyone.

The sequel is bound to be something that will have a serious uphill climb to be as accepted by the audience as the first one was, especially since it’s going to have to keep up the premise of the Dark Lord, the Wands, and of course Tikka and the possibility of other elves that will be attempting to pick up where Leilah failed. It’s too hard to believe that there weren’t other elves attempting to bring the fabled Dark Lord back to life, and with the possibility of two other Wands being out in the world there’s plenty of story left to make the sequel come off as a worthy continuation of the first movie, so long as it’s allowed to progress in a way that sees Ward and Jakoby still together and possibly growing more tolerant of each other as partners.