Home
TV News
Here’s What We Know About ‘Slumberland’ 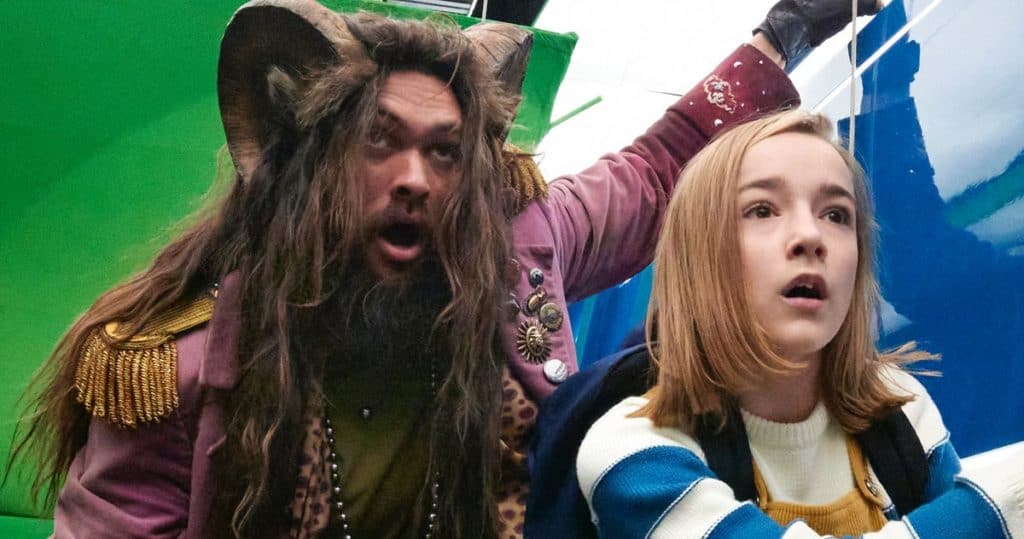 Was anyone doubting that Jason Momoa would eventually wander into a project like Slumberland where he would have to interact with a kid? Sure, he’s been in movies where he’s had to be around kids, but as of late his time in Justice League, Aquaman, and other projects have portrayed him as a big, buff hero that is a little too surly to see being friendly with kids. Perhaps this will be a chance for him to change that on-screen image a bit though since he’ll be playing the role of Pip, a nine-foot-tall part-monster, part-man who will be helping Nema, played by Marlow Barkley, to navigate the dream world where she’ll attempt to find a way to wish her father, whom Pip knows and has had adventures with it sounds like, back into existence since the feeling is that he’s been lost at sea. Inspired by Little Nemo in Slumberland, the project is at this time kind of short on details apart from who will be starring in it and what the general idea will be. It does sound as though CGI will be used quite heavily for Momoa’s character, who will be sporting the kind of look that brings to mind what the Mad Hatter and Beast from Beauty and the Beast might look like if mashed together.

This is bound to be a rather different experience for Momoa, who hasn’t really worked with a lot of kids in a lot of his appearances. He’s usually been the tough guy, the warrior, someone that is the type of character that a lot of people don’t want to mess with. But if nothing else this might stretch his acting muscles in a big way that will be beneficial since it could make him develop and grow as an actor and it could even be a positive move that will show others that he’s more than just muscles and hair. There’s been plenty of speculation as to whether he can do anything but play the part of the muscular guy that’s bound to be the hero or the villain, and this might be one of those times that could help define his talent a little better and allow it to expand in an attempt to show people that he’s a genuinely talented individual that can take on different projects that ask for more than the occasional flex and the continual punishment of his enemies. In other words, Slumberland could be Momoa’s next step into a part of his career that might see more of his character emerge onto the screen. One has to remember that great talents such as Arnold Schwarzenegger and Sylvester Stallone were also pigeonholed at one time when it came to talent before they broke out and did other things. So it could be that Momoa will find this experience to b something that will help him to advance his career in a big way.

The premise and plot of Slumberland make it sound like something that will be capable of being a little creepy but also rather whimsical since it’s a young girl’s quest to try and reclaim her father after he’s lost at sea, which ends up with her having to live with her uncle, who’s a rather boring individual as the story goes thus far. At the moment it would appear that taking the story at face value would be what a lot of people might do, but unless the uncle figure is truly that dull, it might be that we could find out that he has a past that is unknown and far more interesting than is being revealed, and that the acceptance of loss and the need to move on with life will be one of the lessons that will be inherent within the story. Pip already sounds like someone that would be a guide as well as a confidante that will be there to help Nema to work through her grief and the idea that her father might never come back, as this feels how such stories are usually bound to go. The mysterious but intriguing figure in said stories is usually there to help, in a roundabout way, no matter if they’re self-serving or keep their own counsel and act according to what’s needed at any given time. It’s the type of tale that a lot of us have seen before no doubt, but it’s already looking and sounding like something that will be a pleasant test of the acting abilities of all involved, and possibly something that will build more faith in Momoa’s overall acting prowess since this doesn’t appear to be a project where he’ll be presented as a sword-wielding berserker or reluctant, trident-bearing king. Slumberland isn’t bound to hit Netflix until 2022, so there’s plenty of time to learn more as things move along.