Volume three of Heroes, entitled Villains, came to a fitting end last night with the thirteenth episode Dual (or Duality, depending where you look). Although this episode in particular did pretty much kick ass, my overall feeling towards this volume is, thank God it’s over! Thirteen episodes and I’m still not entirely sure who are the villains and who are the good guys, which I guess was the point, but its a very unsatisfying point, none the less.

Jumping right in, we start the episode off with Peter next to his dead father. Nathan pops in, picking up where his father has left off, and lets Peter know he’s going to have to pick a side. After some back and forth threats and gun pointing, Peter punches his brother in the face, knocking him out, and then heads to the lab. He attempts to convince Mohinder that they have to destroy the formula, but Mohinder seems fully on Nathan’s side at this point (he’s been so darned back and forth!) and also seems to need the formula to save his own life. Knox and Flint show up as well, appearing to be on Peter’s side. They want the formula destroyed too, because the formula makes them less special. Hey, at least that makes sense and is a logical course of action, though now I’m really confused whether Peter is on the right side or not?

So now Daphne zips in and steals the formula right out of Mohinder’s hands, which causes a scuffle between him and Peter. Meanwhile, Nathan and Knox begin their own little fight. Yay Nathan! Way to grow a pair and actually have a fight scene (with someone besides your brother or father). Of course Nikki, er, I mean Tracey, freezes Knox and shatters him into a million little pieces. Tracey tries to convince Nathan to flee, so they can start over with the formula, but Nathan will have none of that, and fires her so that he can go kick some Peter butt.

Nathan arrives back at the lab after Peter and Flint have ransacked the place, and Flint turns on Peter threatening to blow them all up. Nathan and Peter begin to fight while Flint sets the place ablaze. Peter feels that he has no choice, and injects himself with the formula, regaining his powers immediately and flying out of there, grabbing Nathan on the way, and taking them both to safety. When Nathan asks Peter why he did it, Peter tells him because he loves him. Nathan lets him know that he would not have done the same thing, and walks away.

On another front, Daphne returns to Peter and Ando with the formula, so that Ando can inject himself and travel through time to save Hiro (do they really believe he’ll get whatever power he wants, or are they just that stupid?). Although Ando doesn’t technically get the ability to travel through time, he does get the ability to amplify others abilities (um…ok…). Amplifying Daphne’s speed, the two of them are able to travel backward in time to save Hiro (just think Superman II and you’ll have the basic concept).

Hiro, meanwhile, has managed to convince his younger self to help him steal the formula, which he plans to destroy, thus preventing any of the other stuff to have taken place. However, just as he’s about to rip up the formula Ando and Daphne zip through and grab him, leaving the formula safely (for now) with his father, though in two halves.

So now, back in the present, Hiro and Daphne race off to Pinehearst to steal the formula, where they run into Tracey. After she calls Hiro Picachu he apologizes, then punches her in the face. They grab the formula, go back to the loft and tear it to shreds.

And that’s about it…oh wait. I forgot about the Sylar/Claire storyline. Well, I guess its easy to sum up. Sylar locks HRG, Claire, Angela, and Meredith up. He then proceeds to do a lot of talking while they all try to hunt him. He also finds out that Angela is not his real mother, but that she knows who his real parents are, therefore keeping him from killing her. Blah blah blah…Claire sticks a sharp object through the back of his head, killing him (does anyone else out there actually believe that he’s dead?). Unfortunately, before she kills him he manages to inject Meredith with some adrenaline, and she can no longer contain herself so she blows up, taking the whole building down with her in a fireball. But not before the rest of the crew gets out safely.

Volume 4, Fugitives, begins three weeks later, when Nathan Petrelli meets with a mysterious man (who is very obviously Michael Dorn, also known as Commander Worf from Star Trek lore). We learn that Dorn is actually the president and Nathan Petrelli gives him tons of proof on all of the other Heroes. Their plan…to round them all up and put them some place “safe.”

What worked?
The end. No really, the lead in to Fugitives was pretty freaking awesome. Hell, President Worf alone made the end awesome, however it is unclear whether Dorn will have a larger role next season or not. I for one hope so. The pacing of this episode was also nice, with just enough twists and turns at just the right times to keep a smile on my face. In short, though Villains was not a well written volume as a whole, this episode stands out as one of my more favorite ones so far this year. But that could just be the optimist in me, feeling that better days, and better stories are not far from us now.

What didn’t work?
Nathan and Mohinder seem uncharacteristically villainous. When exactly did this happen? Granted, the two have been at the epitome of ignorant and stupid decisions their entire lives, two episodes ago Nathan was trying to do what was right, and in Dual he just seemed like a bad guy to me. I don’t mean his actions as much as his acting.

How many times do the writers have to make Hiro look like a freaking idiot? I mean, I get that its kind of fun and endearing to watch such a giddy, yet niave little man screw things up so royally and then have to fix it all again. But come on! It seems like every time Hiro makes a decision, and tries to do something, he immediately and totally screws it all up. I mean, he had the catalyst for all of about 5 seconds before Daddy Petrelli took it from him? Continuing to use this as a plot device is no longer fun and endearing. Its boring and frustrating. So come on, let Hiro grow up and be a real Hero. Let him be a mentor to some new giddy and niave character. Hell, Ando has powers now, let him screw up for a while. Just stop giving us the same plots with a different candy coating. I realize that most of this happened in last week’s episode, but I’m still pissed about it. They do the same thing with Claire’s character. Allow us to become vested in these character’s lives by giving them new challenges, and new mistakes to overcome. Stop trying to use the same formula every season, with the same characters. It’s not working!

We now have a nice little break before Heroes retuns and we watch all of our powerful super-friends get nabbed by the powers that be. I have high hopes that Fugitives will reclaim some of the great story-telling we should have been getting all along. With Bryan Fuller back on board, perhaps that’s not such a pipe dream after all (though we won’t see his influences in the show til near the end of the season). Heroes returns the day after the Super Bowl, on February 2, 2009. 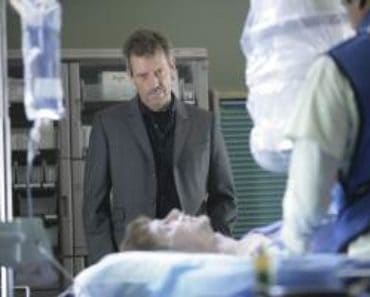