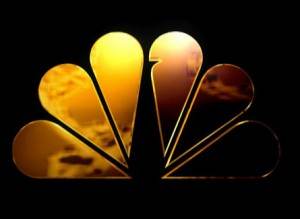 I don’t know what irritates me more: NBC pulling the plug on Southland, or the continued support of Heroes’flip-flop between brilliance and utter stupidity. Hell, if we think back a few years there are even more examples. Allowing creatively brilliant shows like Journeyman, Life, and Chuck — which thankfully pulled off a miraculous renewal — to burn in inhospitable time slots, for example. It all adds up to one thing: NBC hates story.

Now, NBC does green-light some pretty neat stuff. Day One is coming up, of course they cut it down from a thirteen episode mid-season replacement to a four hour mini. And then, it is rumored the peacock will be bringing us Persons Unknown — which they initially developed with FOX for SyFy way before there was a SyFy, and have been sitting on since forever (The first 13 episodes are done.) And, let’s not forget, NBC also gave us Battlestar Galactica, and — shudder — Galactica 1980. Yet, none of this matters.

NBC Dropped its biggest bomb on story-land when it expunged scripted programming from its 10pm slot and stuck a talk show in its place. Laugh all you want at Jay Leno’s ratings, the return on investment is probably huge. And that is what it is all about at the end of the day, isn’t it? How much money is made?

Let’s not kid ourselves. We all know that at the end of the day there is some bean counter that has every network president’s ear, and the fate of our favorite shows hang in the balance of how much it costs to make ‘˜em, and how much the networks can make in return. There is no disputing the cold hand of math in this equation. Now, let’s just back up a second though. Because as cruelly logical that equation may be, there is one more level of reality worth considering.

When it comes to what separates the human race from all the other beasts, there is one common feature amongst all humans that sustains our edge. I’m not talking about the opposable thumb. It is the ability to tell a story, and the ability to absorb from those stories meaning, comfort, knowledge, and whatever other subtle categories of mental stimulation might be lurking in the encyclopedia of the human psyche. We need stories to survive. Story telling was already a feature of the human race when we first started recording out history, which is in itself an act of storytelling. Through story we teach our children vital social skills, and our subconscious how to survive the ravages of emotion. Story is a vessel for knowledge, and inspiration. And our need to tell and be told stories is so strong and innate that it dominates our technological and industrial progress.

These enormous corporate structures that have become the television networks, the miracle advances of the computer processor, the development and rapid proliferation of higher and higher definition television sets; it is all because of the burning drive for story that exists in us as individuals and as a hive mind. There are networks because our collective consciousness broadcasts the need, not because somebody figured out how to make more money.

The reported reason for Southland’s cancellation is that it was too ‘dark and gritty.’Guess what? These are dark and gritty times, and no one is more qualified to make catharsis out of that then our storytellers and artists. TVByTheNumbers made the very apt observation, though, that ‘dark and gritty’might make for an undesirable lead-in for Jay Leno. And so the cycle of audacity continues.

The fact is I’m not all that pissed that Southland is cancelled — because I don’t watch it. What I’m really concerned about is NBC’s presumption that we could do without five hours of fiction a week. The network that allows a show like Heroes to teeter between the wondrous metaphor-soaked writing of Bryan Fuller to sleaze-bag lesbianism-for-men gimmicks is hedging its bets on a property like Day One before it even gives them a chance. That is worth getting angry about.

It makes you wonder, if the emphasis was on obeying the inner impulse for story would things be any better? If the executives avoided knee-jerk reactions to statistical data and instead nurtured creative programming and scheduled by the mood of the audience instead of the target market share, would things just go better anyways? Is it possible that the key to running a successful television network is as simple as being a good storyteller, and placing your emphasis on the quality of story? As much common-sense as that argument may make, it’s not really anything to speculate over. Just ask the bean-counter, he’ll be more than happy to tell you. The answer is, no.