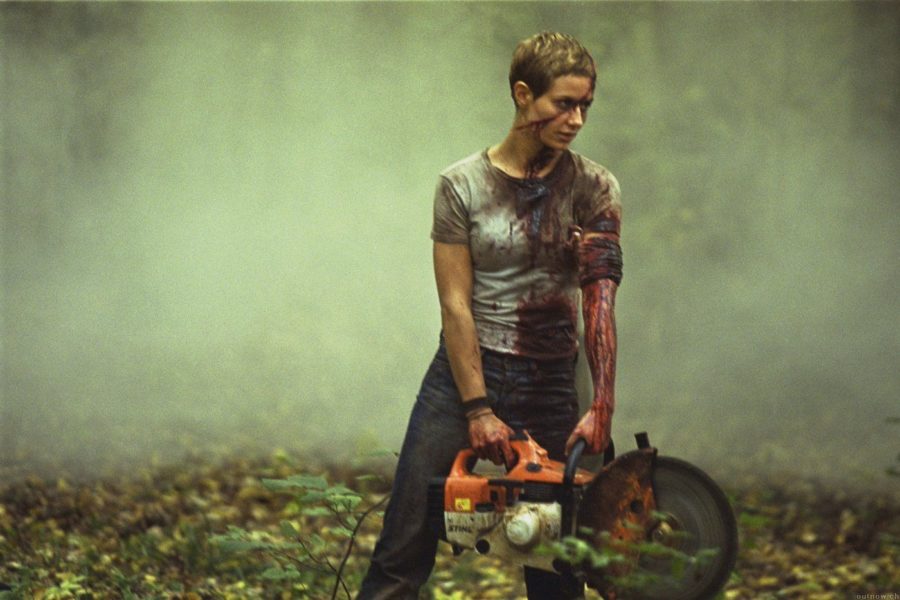 Even though American horror movies — particularly those with arthouse sensibilities — have been staring down an uninterrupted string of successes these last few years, savvy movie-goers still know to search for their horror fixes elsewhere in the world.Â  Whether it’s the atmospheric terror of J-Horror or the visceral excesses of the New French Extremity, many celebrated American spine-tinglers just don’t hold up well compared to their international brethren.

At the time of this writing, the seminal French horror film, High Tension, is celebrating the fifteen year anniversary of being thrust into theaters and in front of unsuspecting, woefully unprepared audiences.Â  It was a seminal force of the New French Extremity — an arthouse horror movement depicting graphically violent and profoundly subversive stories that leave no question in even the most blank-slated mind that something at the turn of the century was rotten in the state of France — and is still often the first example of these films that horror fans are exposed to.Â  It launched the career of the singularly talented Alexandre Aja, who later put his unique talents to work directing the remake of The Hills Have Eyes. 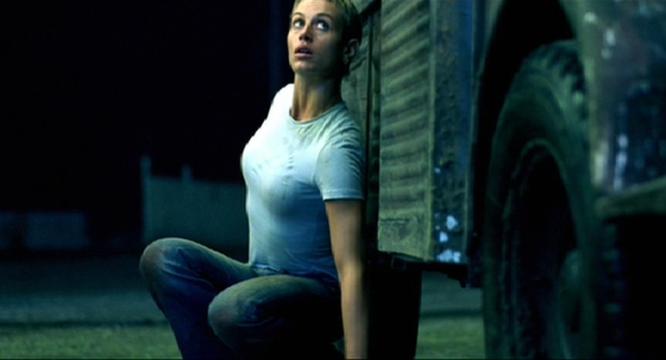 Its basic appeal should be obvious enough to anybody who has seen the movie.Â  A pair of college friends head out to the isolated farmhouse belonging to one of their families for a “working vacation” composed of equal parts study and revelry.Â  That night, a grotesque serial killer breaks into the homestead and varyingly kills and rapes the entire family: except for the two visiting girls.Â  One manages to escape his notice entirely while the other is abducted to be his temporary sex slave (we are memorably first introduced to the killer as he uses a decapitated head to perform fellatio on himself before chucking it unceremoniously out of his truck window).Â  The free girl gives chase in order to rescue her friend, only to be drawn into an increasingly deadly — not to mention bizarre — game of cat and mouse.

What may not be immediately obvious is just how eclectic the film’s inspirations actually are.Â  It is, of course, largely based on the hyper-violent, hyper-sexualized extremes of the classic Texas Chainsaw Massacre (1974).Â  It then draws from the psycho-sexual underpinnings that underly Alfred Hitchcock’s masterwork Psycho (1960).Â  The subsequent game of cat-and-mouse between the protagonist and antagonist bears more than a passing resemblance to Stephen Spielberg’s often overlooked thriller Duel (1971).Â  And the sometimes romantic friendship between the two girls is straight out of Igmar Bergman’s playbook via Persona (1966).Â  It’s an odd, even jarring, mix of styles, stories and characters, but it always works in the context of the film and creates a viewing experience that is far greater than the sum of its parts.

When all is said and done, the film is a doozey: both a teeth-gritting exercise in terror and a shockingly cerebral story of desire, obsession and rejection.Â  It forms not just a precise picture of France at the dawn of the new millennium, but an interesting companion piece to other celebrated French films like Blue Is the Warmest Color (2013).Â  If you haven’t seen this film yet and have even a modicum of interest in the genre (French or otherwise), then you owe it to yourself to check it out as soon as is Humanly possible.Â  And while the dubbed and edited-down version is not the way to go with this, the fact that it alone is so widely available on so many streaming services (such as Shudder and Hulu), it will happily due for now for lack of a better option.