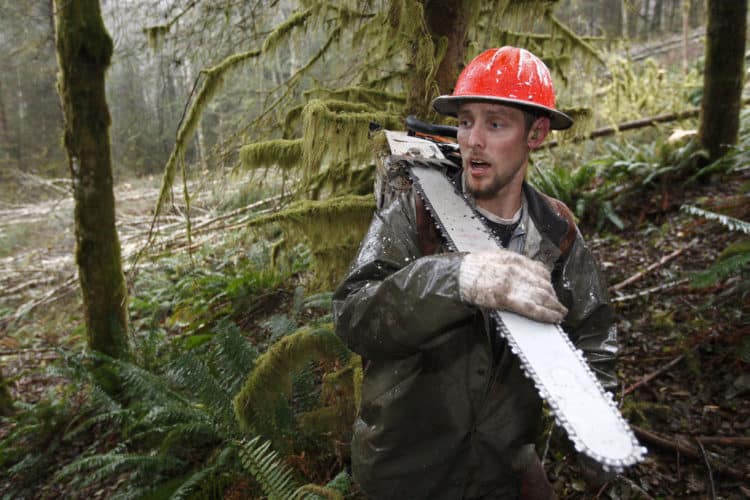 Ax Men is one of the numerous unscripted shows that can be found on the History Channel. Like its name suggests, it is focused on loggers operating in the United States. Since Ax Men is focused to a considerable extent on the risks faced by loggers, it can be considered an excellent example of the unscripted shows that can be summed up as “real men in real danger.” Here are 10 things that you may or may not have known about Ax Men:

1. Focuses on a Dangerous Profession

Having said that, it is important to note that logging is indeed a very dangerous profession. In fact, it is the single most dangerous profession that can be found in the United States, which might come as a surprise to people who aren’t particularly familiar with its risks.

2. Loggers Face a Number of Risks

There isn’t a single reason for why logging is so dangerous. Instead, there are a number of them. For example, a lot of logging happens on rugged terrain, which is particularly problematic because it means that loggers will be out on their own two feet rather than ensconced within vehicles. Likewise, a lot of logging involves loggers standing very close to falling logs that can build up momentum with incredible speed, thus making them very dangerous when they are on the move. On top of this, loggers tend to operate far from hospitals, meaning that they lack convenient access to healthcare if they get hurt.

Unsurprisingly, these conditions mean that loggers tend to be a very tight-knight community. After all, they face regular risk while being out on their own much of the time, which is the kind of scenario that encourages people to bond with one another. As a result, this made loggers a perfect choice for an unscripted show, which has presumably contributed to Ax Men’s relative longevity.

5. Focuses on a Number of Logging Crews

Some unscripted shows focus on a relatively small cast. In contrast, other unscripted shows are a bit more sprawled out. Ax Men is an excellent example of the latter, seeing as how it is focused on a number of logging crews rather than just one. On the one hand, this means sacrificing some focus; on the other hand, more people means more potential for more storylines. Better still, more storylines mean more chances to snag potential viewers who might be interested in one of them even if they aren’t interested in all of them.

7. The People Behind the Show Make Changes

Perhaps unsurprisingly, the people behind Ax Men haven’t been shy about making whatever changes that they believe to be necessary to make the show as presentable as possible. For instance, while the broad strokes of the show’s presentation might be accurate enough, the people behind the show have apparently been known to present the secondary cast members in ways that are useful for various storylines rather than faithful to their actual circumstances.

Speaking of which, the people behind the show did their best to heighten the drama as much as possible. In part, this consisted of them capturing as many dramatic moments as possible. However, it should also be noted that they went out of their way to edit their captured footage to make these incidents seem worse than they actually were.

9. Some of the Logging Crews Took Serious Losses

Apparently, some of the logging crews featured on the show took serious losses because of the distraction presented by the cameras. In short, the distraction make it more difficult for the loggers to focus on their actual jobs, thus resulting in a much slower pace of logging than under normal circumstances. This makes perfect sense because logging is already dangerous enough without an additional source of distraction, meaning that this reduced pace was perfectly understandable. Having said that, some of the logging crews have benefited as well because of how the show made them better-known to their potential customers, with the result that some of them had very good years after they were on the show.

Recently, Ax Men got a reboot of sorts in the form of Ax Men Reborn. Said show can be considered a continuation of its predecessor, seeing as how it features newcomers on top of old, familiar faces. However, it also managed to get a fair amount of attention because of its new name, particularly since Ax Men has already had so many seasons. In any case, interested individuals should know that the marketing has laid out the stage for the show by stating that untimely deaths as well as a changing economic landscape have threatened various family-owned businesses, though it remains to be seen what this will mean for the actual contents of the show.