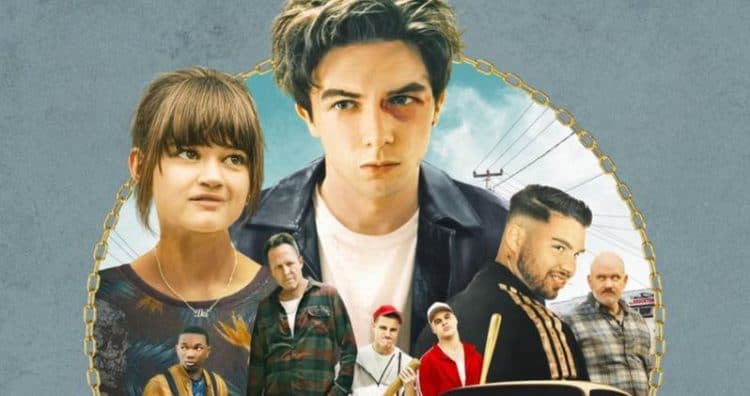 The feeling right now appears to be that if a show is doing well on YouTube it’s still not guaranteed to stick around since Wayne was doing very well on YouTube and yet is now moving to Amazon Prime in order to see how it will perform yet again in order to see if it’s worth a season 2. Those that have already watched season 1 are no doubt hoping for the chance to see another season since this show is something that a lot of us can possibly enjoy and some folks can even relate to since Wayne is the kind of guy that’s looking to right the wrongs in the world that he can affect but isn’t always able to do so largely because, well, Wayne’s not a big guy and he’s not exceptionally strong, but he’s definitely fearless in some ways and doesn’t enjoy seeing people being hurt and/or bullied. Hey, can you blame him? The only problem is that picking a fight with everyone that’s doing something wrong isn’t the best way to go through life and it is likely to get a person beaten a few times, especially if they’re not some big rough and tough individual that can defend themselves against every threat. But one of the best parts about the show so far is that Wayne just keeps going, sometimes to his detriment and sometimes to his benefit, but the fans have decided that they enjoy watching every bit of it.

The quest to retrieve his father’s car is bound to be something worth watching again for many fans, especially if Amazon ends up deciding that it’s worth a season 2. Along with Del and the few people that think that he’s worth supporting, Wayne has already made it clear that his own series is something that people will want to continue watching, even if some folks might wonder why. It’s easy to ask that question and it’s just as easy to answer, at least in a very broad way since one of the best explanations is that that people love a hard-luck, underdog story that somehow has a sliver of hope hidden away within each episode, especially when the main protagonist isn’t willing to give up that easily. Someone that shows as much grit and determination as Wayne does is hard to ignore, especially when just looking at him makes it clear that there are likely a lot of people that can beat up on him if they really try. But he’s also the guy that gets back up and keeps coming unless he’s physically unable, which is admirable in a way but also kind of frustrating since one has to wonder just why some people do this.

Pride, dignity, a need to give the people that hurt him or others their deserved payback, there are a lot of reasons why some people don’t stay down. One very good reason is typically that if someone allows themselves or others to be brutalized or bullied in any way then they’re likely to keep on letting it happen without so much as a harsh word against it. Too many people know what this feeling is like since many people experience it each and every day. Wayne is the kind of person that a lot of us want to be like but for one reason or another a lot of us aren’t. Hopefully what will happen is that Amazon will be able to see the worth in this show and will agree to a second season that will bring Wayne and Del Back in order to keep them moving forward. The story is, so far, something that people can’t help but feel is effective and it does have the type of dialogue that’s both smart and a little crazy since there are lines within the show that one might be confused by for a second or two before realizing there’s a reason behind each line. Not everything is bound to make perfect sense, but then again, neither does life, so in some strange way that makes sense and people are thus able to keep moving on and just accept whatever comes. Wayne is, in a way, the type of crazy story that life can resemble from time to time and it’s one of the many reasons why fans are thinking that this show is worth the effort.

At this time there’s definitely talk about a season 2 since fans want to see it without a doubt, but it will depend on what kind of performance the show will have on Amazon Prime. Once that’s figured out it’s a big hope that we’ll see the show continue since it would be kind of a shame to see this show be a one and done kind of deal, especially since the move from YouTube was supposed to be toward bigger and better things.