Home
Entertainment
Hold On, ‘Children of the Corn’ Is Getting a Remake? 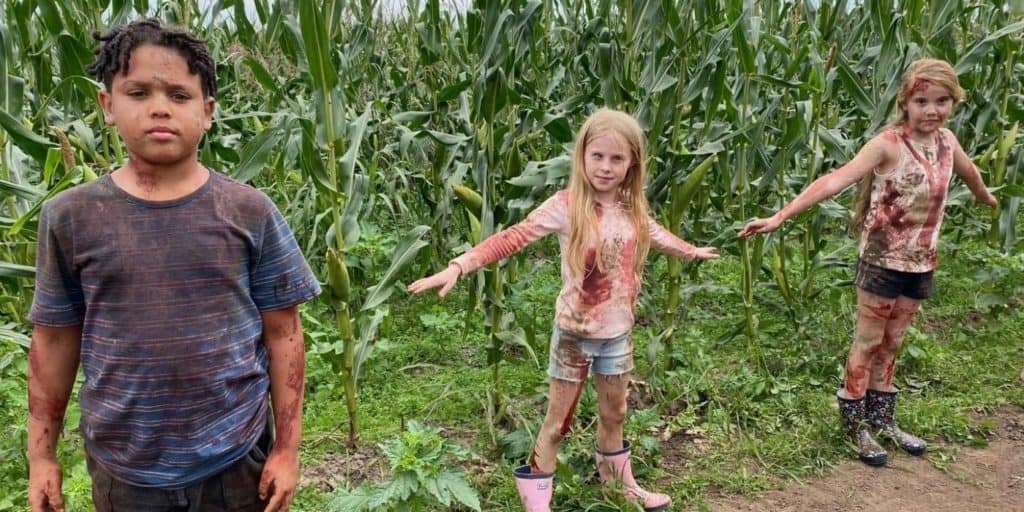 You might actually laugh when thinking about why some folks think that it’s the ‘wrong time’ to create a prequel to Children of the Corn, if only because ‘generational warfare’ is one of those terms that people take way too seriously, kind of like certain subjects in the movies. Keep in mind that a lot of those that might think that a story in which kids rise up against their elders and parents to create an ordered and traditional society is troubling are also likely to be those that think that folks such as Michael Moore and Robert De Niro are authorities on morality and are ethical individuals that know what’s best for the nation. But getting past that for the moment, the idea of a prequel is kind of interesting since it could possibly show how the whole mess came to be and the kind of organization it would have taken to make such a thing happen. There’s no denying it, the story was a lot scarier than the movie since one could easily imagine such a thing happening. Somehow the execution of the idea didn’t come through quite as well, and it ended up spawning several movies that were all less compelling than the original story. The idea of the youth of this world turning on their elders is creepy as hell since a lot of people don’t expect it and don’t believe that it could ever happen.

Many people want to believe that kids are innocent and beyond suspicion, but Stephen King, among others, have given a reason for people to fear just about everything. One of the only ways to be justified in saying that it would be the wrong time to unveil this movie is to say that simply wouldn’t be that popular since it’s not a part of the trend that people are following at this time. The counter to that is the fact that horror movies are so extremely versatile that they can be used whenever and stand a chance of being a hit, though the subject matter they might cover could be one reason why such movies might not be popular at certain times. For instance, it’s not exactly a great idea to release a Halloween horror movie at certain points of the year since the fan reaction might not be the best. But other than that, horror isn’t really bound in this manner nearly as much as other movies.

But stating that it’s the ‘wrong time’ for this particular story is funny since thinking about generational warfare is amusing to begin with. Why, you might ask? Well, taking generational warfare seriously enough to understand that people do continue to blame one generation or another for the ills of the world is wise, since this does in fact happen. But allowing it to taint the act of storytelling by saying ‘you can say/do things like this on screen’ is beyond ludicrous since there are only a few select things that can’t really be put in a movie while expecting people to watch it. One of the most frustrating things about those that decide to lecture others when it comes to the movies is that the separation between fiction and the real world that some preach about so much is utterly forgotten when someone is ‘offended’ or troubled in some way over what they see on the big or small screen. To think that it’s now offending or troubling people before the movie is ever made is even worse since it means the free flow of ideas and stories is coming under scrutiny that’s far too close and appears to forget at times that in fiction the rules change continuously, and as a result, little or nothing is off limits and a story will bother some people while it entertains others. Children of the Corn has been a truly horrifying story for quite some time, but it’s also been entertaining now and then since the idea of it is something that defies our societal norms and seeks to paint a picture of madness that some people apparently can’t withstand.

A prequel to this story would be intriguing since it would definitely be seeking to explain what happened, why, and how in the world the kids of this small town rose up against their elders. Those that want to over-analyze this idea and claim that the movie would vilify one generation or another and make villains out of those that supposedly can’t fight back need to chill out a bit and realize once again that this is fiction, where the rules are a bit different. If a story such as this offends a person’s delicate sensibilities then they don’t need to watch, but for those of us that enjoy a decent story, this could be something that will keep us entertained.