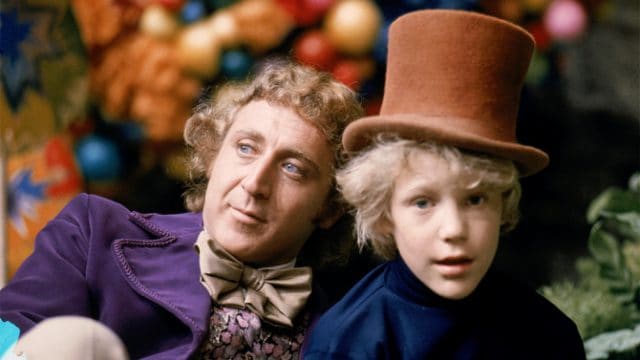 Willy Wonka and the Chocolate Factory will always remain as one of the most memorable movies of Gene Wilder’s career.Â  Wilder’s portrayal as Willy Wonka will always go down as one his best performances and it seems his character will live on forever, if not continue to grow stronger.Â  What’s interesting about this movie is that as a child you just love it.Â  You absolutely love it.Â  I mean what child wouldn’t love a movie that centers around a factory that make candy and has a completely edible room?

But as an adult?Â  You start to realize just how messed up this film is.Â  Granted, it’s still amazing but man is it messed up.Â Â  There are theories upon theories out there about the movie.Â  One of which is that Grandpa Joe might be one of the meanest people in the world.Â  Others suggest that Willy Wonka is not only insane but that he’s a cold hearted killer.Â Â  Anyone who’s seen that crazy river scene can certainly attest to the fact that Wonka isn’t 100% there.

I mean any guy who wants to give something a little more “kick” and puts a cleat into the mixture to get it done is a little off.Â Â  But finally, the guys at Screenjunkies have put together their honest trailer of Willy Wonka and the Chocolate Factory.Â  It’s everything you’ve hoped for assuming you hoped to find out just how messed up this movie really is.Â  Check it out below: