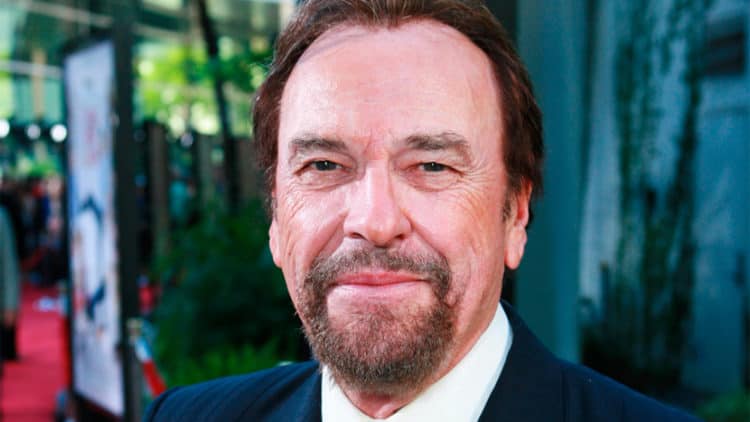 Another legend passed away recently and as with so many that we’ve lost from the movie industry lately this is a true loss. Rip Torn was 88 when he passed on just days ago, a noted film legend and beloved actor that, as Jeremy Dick from MovieWeb rightfully states, made every role he stepped into worth remembering since he created his own persona and helped to make every movie better. There’s so much to his life that a lot of people might not know since they weren’t around when he started, or because they simply didn’t realize how great of an actor he was for so long. Rip was one of the best without a doubt, and he had a long and illustrious career. But while he was and will always remain a legend he did have something of a past that deserves to be looked at from varying perspectives.

Don’t worry, there’s nothing to be said about his character other than that he could get be a bit ornery now and again and even a bit problematic from time to time just as any other actor could be. He did have a few run-ins with the law in his time and he also managed to feud with a few people over the years and rub some folks the wrong way. But for the majority of his career he was known as one of the best performers on stage and screen since he was a student of the industry and someone that took his job quite seriously. Rip was one of the many that saw the movie industry as a thing to be utilized and glorified in a big way since he helped to light up the screen. His earlier works go back to the late 50s when he first got started, a time when many people that read these articles might not even remember since we weren’t there or it’s simply been too long. Needless to say that a lot of us are probably going to remember Rip more for the work he did in the 80s and up, meaning that we’ll remember him for movies such as Summer Rental, Men in Black, and even Dodgeball: A True Underdog Story. I’ve even bothered to find a few clips just to show how great he was back in the day.

In essence we’re going to remember him best as a crazed, eccentric older gentleman from the movies, but if you look beyond the screen then we’re going to remember him as one of the best actors that ever existed. From start to finish Rip was one of the many actors that you could look to and simply expect a great performance since he didn’t come out to do anything else. There were times when it was easy to hate his characters since that was the whole point, but a lot of times it was easier to like him since he played his part so well that trying to find it necessary to dislike him was simply too difficult.

Throughout his entire career there were several characters that he played that were nothing short of brilliant, but it was some of the craziest that kept him in mind at times. Patches was perhaps one of the most disturbing characters since he said what was on his mind and didn’t seem capable of much more than a backhanded congratulations at times. But in terms of the Dodgeball movie he fit right in since he was just another misfit like the team he was training. Zed on the other hand was as straight-laced and stern as they came, a real old-school type authority type that didn’t stand for nonsense and wasn’t as appreciative of flippant remarks. Then of course there was Scully, who was nothing but fun and enjoyed just being the old, scruffy, likable sailor that he portrayed himself as. Rip managed to work with a great many actors throughout his career and it does seem fair to say that a lot of them were likely appreciative of his presence and the ability to learn at least a bit from him and work on the same movie. There’s no doubt that he clashed with a few of them but overall it would seem as though he might have been fun to work with so long as things went as they were supposed to.

We can’t really say he was perfect, we can’t even say he was well-liked on a universal level, but we can say that Rip Torn was the kind of guy that brought a smile to your face when you saw him in a movie or heard his voice. He was a great actor, and he knew how to get the audience cheering for him or against him as per the characters he played. It goes without saying that he’s going to be missed. Rest in peace sir.