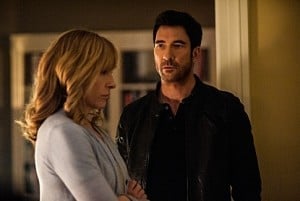 Collette stars as Dr. Ellen Sanders, a top-notch surgeon whose family is taken hostage in their own home by FBI Agent Duncan Carlisle (McDermott). According to CBS, Carlisle is “a desperate man doing the wrong thing for the right reasons” who orders Ellen to kill the President when she operates on him. Carlisle’s accomplices include “his brother-in-lawÂ Kramer (Rhys Coiro), whose loyalty to Carlisle will be tested; quick-tempered and intimidating Archer (Billy Brown),Â an ex-military man with a razor-sharp tongue;Â and the only woman involved, Sandrine (Sandrine Holt),Â a mysterious last-minute replacement to the team.”

Ellen is faced with a huge moral dilemma: does she save her “overbearing husband Brian (Tate Donovan), her secretive daughter Morgan (Quinn Shephard) and her not-so-innocent son Jake (Mateus Ward)” or does she save the President and risk the lives of her family?

Hostages will air on Monday nights at 10:00 p.m. ET/PT and will be as a limited-run series with a season finale airing in January 2014. View CBS’s full 2013-2014 primetimeÂ scheduleÂ here. 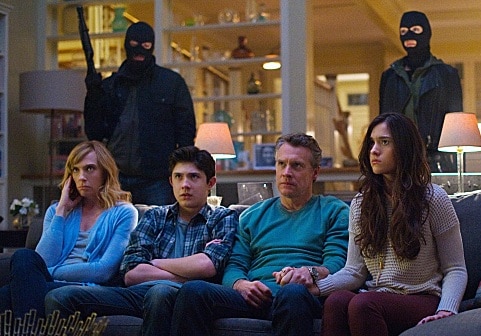