Home
Movies
“Hostiles on the Hill:” A Bad Lip Reading of The Empire Strikes Back 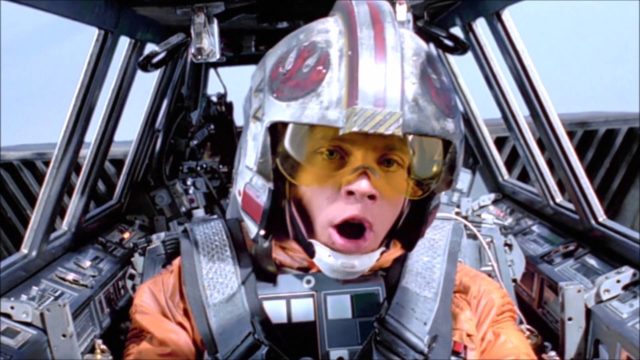 Hostiles on the Hill isn’t just a bad lip reading of the Empire Strikes Back, it’s a cheesy rap song that kind of makes it sound like the Empire and the Rebellion are trading barbs back and forth before they get down to business. Really, it’s like trash-talking before a major battle and obviously the Rebellion comes off the worst since they have to abandon their base and a lot of their people don’t even make it off Hoth. I’m all for people making videos that are fun, inventive, and innovative, but in terms of bad lip reading I was kind of expecting that they’d put words in the actors’ mouth that mirrored the movements of their lips, not really go into full song mode.

I can admit it’s got a nice beat and it’s easy to follow but it still wasn’t quite what I was expecting and it really sounds like they tried to make the battle of Hoth into a musical. That’s just weird, but then again that’s on par for Star Wars if you want to be a fan. It’s funny though, The Empire Strikes Back used to be one of the most hated films of the original trilogy and now it’s considered to be the best. Hmm, that kind of sounds familiar, as in The Last Jedi being considered the worst. Maybe in another ten to twenty years it will be considered the best of new trilogy as well. If Riann Johnson get’s his way we might even half another trilogy or two by that time as well.

The Empire Strikes Back was the one movie in the trilogy that nobody could really understand since the revelation that Luke was Vader’s son blew a lot of people away. Concurrently a lot of fans were hoping to hear that Rey had a lineage that was just as dire or perhaps would be somewhat uplifting since she was so strong in the Force. They broke trend though and did something different, which is nice to be quite honest. I’ll admit I’ve written articles and had hopes that she might be Luke’s daughter, but upon watching the movie, spoiler alert, you would think that he would know his own flesh and blood, and that Leia would too. The only defense against that is the fact that Rey is so strong in the Force that she could have blocked any attempts at someone probing her without realizing it. Also, as we learned, another spoiler, Luke turned away from the Force, so that could have explained it as well.

Another thing that everyone was waiting for was an amputation of some kind. It’s happened in the original trilogy and in the prequels, which many people don’t want to speak of. Everyone was thinking that Rey was about to lose an appendage, but yet nothing came off. She got roughed up a bit by Snoke and the Imperial guards, but nothing was separated from her body.

Maybe one of these days we’ll see another video like this titled Still Got Both My Hands. Yes? No?