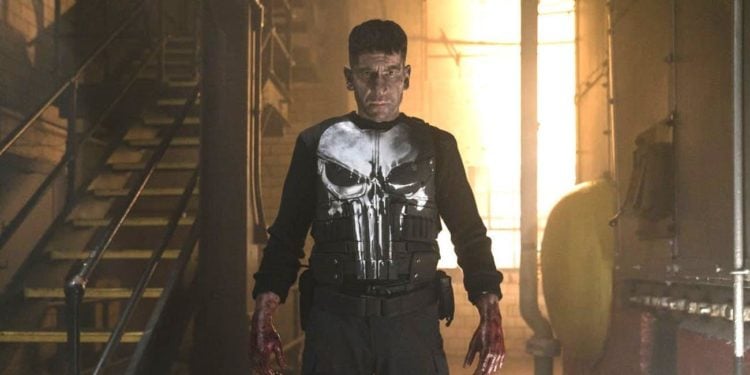 One fight can change a person’s life, as a lot of people might know in one way or another. This is more true than a lot of people can know, since a street fight isn’t like what we see in the movies and on TV. There are elements that might be correct, but the truth of it is something that Jon Bernthal is intimately familiar with since before he took on the part of Shane in The Walking Dead he was involved in a street fight that was instigated when he was out walking his dog one night and another man decided to mess with his pet and then pick a fight with Jon as he was walking away. Getting the drop on the other man, Jon managed to put him on the ground with one massive hit and was being mobbed before his friend showed up to help him out. The end result was that Jon and his buddy, who were both familiar with fighting and didn’t like to back down, found themselves being arrested and being taunted with the possibility of what might happen should the man that Jon hit initially not wake up. Thankfully the guy did wake up, and it sounds as though later on he even tried to sue Jon for PTSD and other issues that he stated were related to the hit he’d taken.

The thing about this is that Jon, who already had a history of fighting, was adamant that this would be the last time if the guy managed to wake up since he no longer felt the need to be the guy that wouldn’t back down, that absolutely had to fight. Some might want to say it’s a matter of male pride, of false bravado, that makes men want to fight each other and prove who’s the toughest and the baddest individual in the yard. It could be, that male dominance is strong in some men since it makes them feel as though they have to prove that they’re tougher than anyone else. But the trick is that by trying to prove it, they’re already making it clear that they’re not that tough in other ways even if they can put a person on the floor with a punch or two. The mental fortitude to walk away, the emotional stability needed to not feel the need to fight, can save a lot of trouble and turn a person’s life around in a very profound way. The funny thing is that some guys might actually think this is the wimpy way out, that it means running away, not fighting because one can’t or won’t. The truth is that it doesn’t take a real man to sit there and fight anyone and everyone that wants a piece of him, it takes a real man to know when the fight doesn’t have to happen in the first place. There’s no denying that physical violence has its place and that sometimes a person has to stand up to show that they won’t be bullied. But there are also times when using rational means and just walking away does far more than one’s fists ever could.

Jon knew that he was in trouble that day, and would only be in more trouble if the guy hadn’t have come to. But when the guy that shoved him regained consciousness and was checked out he was handed a deal that said that he needed to spend 3 years without being associated with any violent acts and he would be off the hook. He was looking at 10 years in LA County prison if he’d gone back on this, and it was, as Jon describes, a serious wake-up call that straightened him out and made it clear that his life had to change. As mentioned though, the guy that he ended up punching initially saw his face in a poster for Night at the Museum 2 and decided it might be the right time to sue Jon for $2 million dollars, even though it was a year after the incident and he was claiming that he’d had vertigo and PTSD since that night. It’s amusing how the guy didn’t go after Jon when he came to his senses following that night and the symptoms started up, but hey, he obviously didn’t know who Jon was at that point, and to be fair, it didn’t even matter to Jon.

The truth about street fighting is that it can be a lot more dangerous than anything that’s seen in the ring, even though boxing, kickboxing, MMA, and all of it can be extremely dangerous. The unfortunate realization that comes too late for a lot of people in a street fight is that there are no rules, and the hits and the ground beneath aren’t padded. Jon lucked out that day, and it sounds as though he’s been grateful ever since.