Home
Entertainment
How Can a New Super Mario Brothers Movie Be Successful? 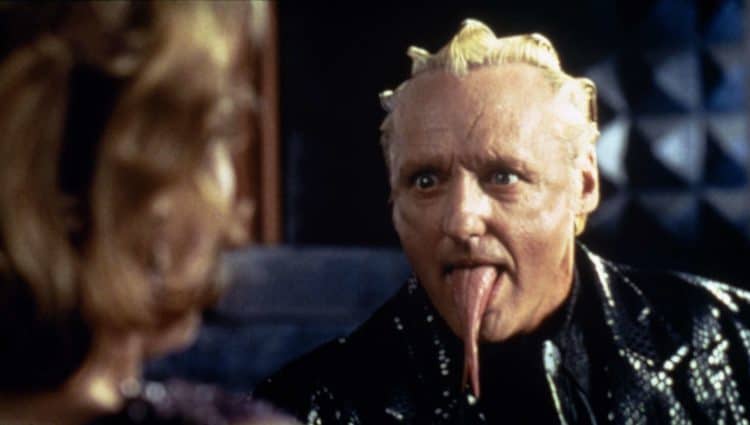 Two words: Be Animated. That’s about the only way to go with Super Mario Bros. and quite honestly the film back in the 90s didn’t just miss the mark, it wasn’t even in the same time zone as the mark and as a result came up with something that was not only grotesque and further out than left field could ever be, it was a tragedy of filmmaking that the director couldn’t even stomach. This time around Illumination is taking up the stale of Mario and Luigi and hopefully will keep everything animated as it should be since let’s be honest, translating the two brothers to the real world didn’t seem like a good idea to begin with, and what happened when they were was just a flop waiting to happen. Shahrzad Warkentin of Red Tricycle definitely agrees with this assessment and even seems pleased as many would be in thinking that Illumination could possibly bring to light the story of the two plumbers from Brooklyn in a much better light considering that the bar isn’t just low, it’s positively subterranean.

Den of Geek!’s Matthew Byrd makes a great point in bringing to light the fact that a lot of studios don’t seem to include enough input from the source that’s responsible for movies like Super Mario Bros. This is one of the biggest mistakes that anyone could possibly make since ignoring the source material is in effect like trying to bake a cake without looking at the directions. You might get something out of the oven, but it’s more likely going to be a hot mess than a work of art or even something that looks appeasing. Illumination is doing the opposite by keeping firmly to the words of Shigeru Miyamoto, you know, the guy that’s responsible for Nintendo, in order to keep Mario as he should be and not some jumped-up hero that’s heading into a different world after a strange meteorite that has nothing to do with the game. And plus, the casting won’t be as much of an issue this time around as voice casting is still important but there are enough skilled voice actors out there to go around and it saves on the trouble of special effects to try and make actors look the part. Let’s avoid a King Koopa that looks like a crazy little man with too much gel in his hair, please?

Unfortunately as Gerald Lynch of Tech Radar and several others have already informed us the movie won’t be making its appearance until 2022, so there’s going to be a while to wait before we finally get the representation of the plumbers that we actually want, but a lot of us can probably wait that long with ease if it means finally seeing Mario and Luigi in action as they’re supposed to be and not given a live action dud that was hard to equate with the game at all. It’s enough to say that greats like Bob Hoskins, John Leguizamo, and Dennis Hopper did manage to try and make something of the movie, but barring their attempts it was kind of a waste of time that left a lot of gaming fans kind of up in arms about how anyone could possibly confuse the idea of Super Mario Bros. with what was presented back then.

There are those among us that are die hard Mario Bros. Fans but quite honestly there’s no one in their right mind that’s going to defend the original movie unless they’re being paid to do so, and even then it’s a safe bet that they won’t take the kind of abuse the movie has taken for the past couple of decades, when it’s mentioned that is. One thing about movies that are made from books, comics, and games is that it’s utterly vital to take from the source material and make it conform to what’s been laid down as canon, not the other way around. When directors start messing with the overall material that they have to work with things tend to get a little kooky and all too often they break down in a way that’s not at all appreciated by the fans. Even those that aren’t serious Mario Bros. buffs were able to tell that the first movie was something of a dud since it presented itself in a way that was somehow too serious and way too off-key to really come close to what people were expecting. After all, Mario and Luigi have been the kind of characters that are known throughout the world by gamers and non-gamers alike and are expected to be given the kind of movie that will make people want to keep watching, not turn it off after the first ten to fifteen minutes.

This coming movie should be what we’ve been hoping for and what the characters deserve.