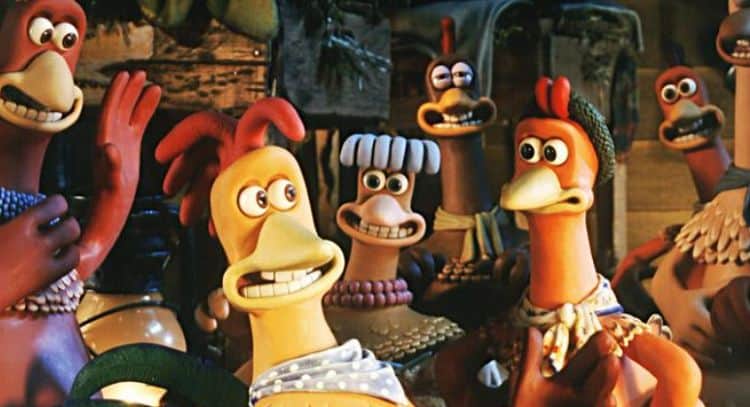 Sequels aren’t really known for being better than the original, but there are exceptions to that unwritten rule since some sequels have done just fine. Chicken Run 2 is expected to be one of those exceptions apparently as the creators are willing to bet that next movie will be regarded in a much better way than the first as they have a great deal of faith in the story they’ve written and the direction they’re taking. Keep in mind though that the first movie did phenomenal and became the highest earning stop-motion movie around at one point, so the bar has been raised pretty high already. But with the fact that the chickens did gain their freedom and the main star did make his way back to help them out does open up the story in a big way that could take it in many different directions. But there’s also something else to keep in mind: Mel Gibson won’t be coming back for this movie. The famed star and director has been in a spot of trouble over the years over one thing or another and while it does sound as though he’s embroiled with an issue with Winona Ryder at this time it’s kind of evident that he wouldn’t be coming back anyway. Unfortunately that takes a good part of the star power from this movie since Gibson was one of the more famous names that was associated with the movie.

There’s no set release date yet for the movie but there is a story and it has to do with the chickens on their island and a new problem that arises that will have to be dealt with as Rocky and Ginger, who now have a child of their own, will have to unite the chickens again to make a stand. So far the premise, what we know of it, sounds like it could be fairly promising if it’s taken in a direction that will keep it from being a repeat of the first movie. Thankfully there’s not much of a chance of that since for one, the chickens are starting off free and are no longer on the farm, and two, the child of Rocky and Ginger is growing tired of the island and does sound likely to run off, so there’s a familiar but unique concept that could lead to a story line that isn’t completely stale and might actually be able to push the narrative a bit.

Stating that a sequel could outdo an original movie is a bold statement since at that point the sequel has to almost be completely different from the original, and it still has to be watchable and able to gain the attention of the audience. So far it sounds as though the writers have every confidence that this can be done and that it will happen without fail, but 20 years to wait for a sequel, while not unheard of, is still a risky proposition since it might indicate that things weren’t right yet to bring the sequel forward, or the story wasn’t fully flesh out yet, but it’s still hard to think that it’s going to be as groundbreaking as people think since this is a long time between movies. As a result though Chicken Run might actually become one of the more watched movies soon since people are going to have to brush up on their knowledge of the story and, if they haven’t seen it, might want to watch it at least once to know what’s going on. Sequels have been able to top their parent movies, but it’s fairly rare since the first movie usually sets the pace and tone and unless the story continues to build and deepen the sequel usually feel like a cheap copy that can’t do its own thing and therefore has to build on the original too much. The Transporter movies were a good example of this, as were the Jaws movies. The original premise didn’t really change or develop into anything other than what people were expecting and as such the story felt kind of stale by the end of it. Chicken Run 2 has a chance to be greater, if it can take it, by doing something very different but sticking with the main characters at the same time.

That’s a big part of a sequel’s success, either being connected to the original and doing something different, or keeping the main characters and doing something different. There has to be some form of continuity in a sequel in order to keep it connected and therefore enjoyable, otherwise it can feel disconnected or like too much of the same old thing over and over. So if Chicken Run 2 can bring a new story with the same characters it stands a chance of being better than the first movie.