Home
Movies
How Could We Not At Least Share the Trailer for “Shark Island?” 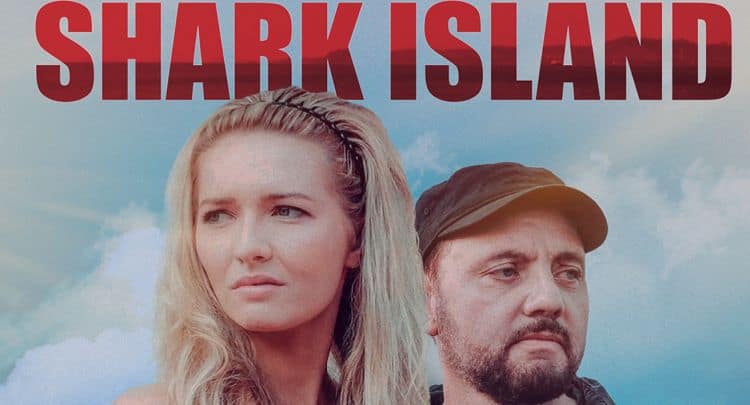 Because of course, you’ll want to watch a movie titled ‘Shark Island’, especially since a less than stellar shark movie is sometimes the best thing for the soul when a person needs to laugh. Figuring out the plot isn’t too hard since it’s about a group of individuals that go to an island, are doing a photoshoot, yadda, yadda, yadda, something about the island being the origin point of all sharks, and so on and so forth. All people really need to know about shark movies these days is that there’s a shark, people are going to do something stupid, and there’s going to be mayhem involved. Oh, and there will be scenes in which the people will do some of the most insipid things when trying to fend off the sharks, like trying to smack them with a wooden oar in the hopes that the shark will just go away. Well, there is a good chance that if a person pokes the shark in the eye or hits them in the gill slits, or even bops them hard enough on the nose, that the shark would back off a bit, but doing this from a boat is funny since sharks don’t always come up to say hello unless something is dangling from the side of the boat, likely close to the water. Then they’ll come up and say hello in a very aggressive fashion.

Shark movies have become one more thing that many people can’t help but mock since the truth of it is that they’ve become a very big joke considering that they’re typically the same now since dealing with sharks does leave a lot of ideas on the table. Unfortunately, a lot of shark movies come down to the same thing, there’s a big shark or a lot of sharks, and the people that are being attacked have to deal with them. This one doesn’t look much different but it does look like another good reason to laugh and possibly even root for the sharks. That sounds kind of odd, doesn’t it? It’s the truth though since just from the trailer it feels as though the humans in this movie are bound to be of the vapid variety and belong to the bad acting association which kind of makes it a bit more difficult to believe that any of them would really need to survive to make this a worthwhile movie. That sounds terrible, but when a trailer makes the movie look like something that could be a good laugh but not much else, it might be time to root for the sharks.

It does have the makings of a shark movie, but it also has other elements that make the low-budget movie something that might intrigue viewers a little bit since there is a necklace worth millions of dollars that becomes an important plot point, and there are other predators besides those in the water. It’s fair to say that the movie is going for an effect that’s bound to tell a story but not aim for anything other than what can be seen in the trailer. In other words, it’s not trying to be something it’s not, which is refreshing to be certain, but is still fairly comical since the whole idea of a group of great white sharks feeding at the same area is something that might make a marine biologist cross their eyes in frustration. But hey, it’s a schlock movie, so it’s easier to forgive the fact that it’s going to be utterly brainless throughout and it’s bound to entertain those that love watching something that’s not so insanely mainstream that one might have to put up with the type of storytelling that’s said to be ‘genius’ and ‘ground-breaking’ when in truth the movie is doing something that’s been seen before but not by the individual currently directing. Sometimes brutal honesty is fun to watch really, since it doesn’t demand too much and still has a good chance of being entertaining. When all is said and done though it’s another shark movie to add to the growing pile and it’s bound to be one of those that can actually get a person to laugh without criticizing it too much for being what it is.

The thing about shark movies these days is that it’s very easy to look up pretty much anything about sharks, and despite all that knowledge, some people are still very easy to fool when it comes to the habits of sharks since the movies are usually bound to go over the top with the violence and overall danger. But that’s the point of the movies, which means that those who watch and believe what they see might need to back up and read up a bit so they’ll not only know better, but they’ll be able to laugh at something that’s not exactly satire, but is still funny.