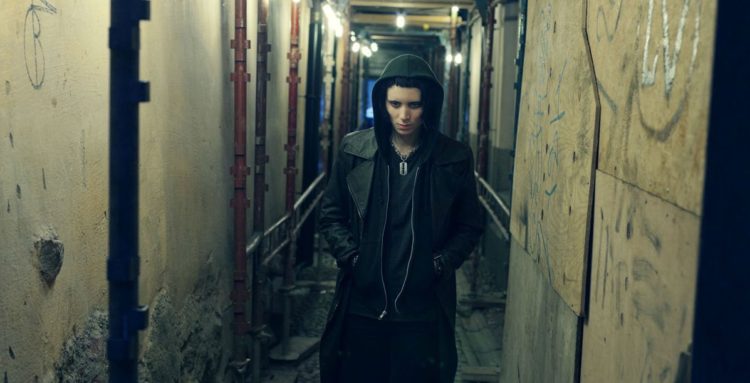 In 2011, American audiences were introduced to David Fincher’s The Girl With A Dragon Tattoo, starring Rooney Mara, Daniel Craig, and the late and great Christopher Plummer. Based on the 2005 Swedish novel by Stieg Larsson, the film finds financial reporter Mikael Blomkvist searching for truth behind the disappearance of Henrik Vanger’s daughter, Harriet. He enlists the help of Lisbeth Salander, a strange but brilliant investigator who doesn’t trust too easily. The film received high praise from both critics and audiences alike, notably Rooney Mara’s commitment to the role of Lisbeth Salander and Fincher’s impeccable direction. Financially, the film was a success, with the Fincher pic amassing nearly $240 million worldwide. The first film was made on a budget of $90 million. Originally, Fincher was on board to direct The Girl Who Played With Fire and The Girl Who Kicked The Hornet’s Nest, with Sony confirming the sequels; however, the film kept being pushed back due to numerous rewrites.

With the release of the fourth book, The Girl in the Spider’s Web, Sony eventually opted to reboot the franchise without the veteran filmmaker attached. That brings us to The Girl in the Spider’s Web, which was released in 2018 with a fresh new cast and director. Unfortunately, the film didn’t receive the high marks of its predecessor due to Fede Alvarez choosing to focus more on the action than the complex story; Currently, its rotten tomatoes score is at 39%. The movie was also a commercial bomb, only making $35.20 million worldwide. So, what happened? This appeared to be the start of a new franchise for Hollywood based on the strong numbers of the David Fincher original. Here are several theories on how The Girl With The Dragon Tattoo might’ve ruined the sequel.

There’s a reason Sony hired the veteran as they know that Fincher is an established and respected filmmaker. Fincher was fresh off another book adaption, The Social Network, which received eight Academy Awards nominations. More importantly (at least to Sony executives) the picture made over $200 million worldwide. David Fincher set the bar high with The Girl With The Dragon Tattoo. His style and tone fit perfectly with the series and the movie was just so darn good. The complexity of both the story and Lisbeth created a compelling and intriguing movie that was aided with the chemistry between Rooney Mara and Daniel Craig. Despite clocking in at 2 hours and 38 minutes, the film never bores.

With the announcement of Fincher being off as a writer/director, fans weren’t too thrilled over the fact that Fincher didn’t get a chance to truly finish the franchise. It sounded like Sony became impatient with the filmmaker’s constant rewrites. Chinatown, which is arguably one of the greatest scripts ever made, had over 20 rewrites. Granted, I don’t know the exact situation regarding Fincher and Sony, though with the filmmaker’s proven track record, the studio should’ve given him leeway to take as much time needed for his rewrites. Whatever the reasoning behind Sony’s decision to reboot the franchise, it clearly backfired.

If you’ve noticed, The Girl With The Dragon Tattoo and The Girl In The Spider’s Web has a completely different style. Fincher’s film is dark, moody, and slow-burning, whereas Alvarez’s film was clearly geared towards an action/thriller, with Lisbeth being more of a bond-type heroine this time around. This stripped away many of Lisbeth’s characteristics from Fincher’s piece. While Rooney Mara’s version is still presented as strong, intelligent, and a tech wiz, she was far from being an action hero. Lisbeth’s character is more reserved, awkward, and someone who doesn’t trust too easily.

Fans can be vocal when their beloved property doesn’t match the source material. With Fincher sticking closer to the books than The Girl In The Spider’s Web, audiences likely opted to not see the 2018 reboot because they weren’t happy with the new version of Lisbeth Salander. Fincher proved that his version of the character could be done masterfully. However, those weren’t the only major changes as the relationship dynamic between Lisbeth and Mikael was vastly different in both films. The sequel barely had Mikael and the intimate side of their relationship barely exists. There’s no telling how the reception would be from fans if The Girl In The Spider’s Web came out first; however, it definitely didn’t help that a superior version came before it.

Seven years is a long gap for a sequel. While’s there has been proven success with long-awaited sequels (Live Free or Die Hard and Bad Boys For Life are some examples) there’s also a track record of audiences losing interest as time goes on. Basic Instinct 2 and Son of The Mask are great examples of film properties losing it’s luster following their predecessor’s success, though the common theme between Spider’s Web, Mask, and Instinct 2 was that they were considerably worse than the first film.